With several needs to fill on both sides of the ball, there are a ton of avenues the Tennessee Titans could go with their first-round pick in the 2021 NFL draft, but is taking a safety or hybrid safety/linebacker one of them?

You would think not given that the Titans have bigger needs and seem to have their starting situation locked in for next season at both positions.

However, Albert Breer of MMQB says two names he has heard for the Titans as possibilities in Round 1 are TCU safety Trevon Moehrig and Jeremiah Owusu-Koramoah, a safety/linebacker hybrid out of Notre Dame.

What you need to know: The Titans have a lot of needs for a team that’s been as good as they have been the last two years—the result of the departure of guys like Adoree’ Jackson, Malcolm Butler and Corey Davis, as well as the huge first-round miss on Isaiah Wilson. So interestingly, it’s two hybrid players that I’ve heard mentioned for Tennessee, one being Owusu-Koramoah as a linebacker/safety, and another being a do-everything safety in TCU’s Trevon Moehrig. Both players are heady and dependable, and could lead the rebuilding of the team’s secondary.

As much as we like those two players, taking either in the first round wouldn’t make much sense for Tennessee given their current situation.

For starters, the Titans have Kevin Byard and Amani Hooker set to play the back end in 2021, and they also appear to be set at linebacker with a trio consisting of Jayon Brown, Rashaan Evans and David Long.

Adding to those points, general manager Jon Robinson has bigger fish to fry at positions like cornerback, wide receiver, defensive line, and right tackle, and to a lesser extent, EDGE, and tight end.

Playing devil’s advocate here for a second: perhaps the Titans have fallen in love with these players and see the writing on the wall that they could have major needs at these positions in the next few years.

At linebacker, it’s possible Evans won’t be here for much longer if the Titans decline his fifth-year option, and Brown will be a free agent once again in 2022.

At safety, the jury is still out on whether or not Hooker is a starting-caliber player, and after Byard had a down year in 2020, he could become a cap casualty in the next few years.

With the 2021 NFL draft just days away, this tidbit from Breer only adds to the uncertainty of what Tennessee might do when they’re on the clock. Granted, we wouldn’t bet on this particular approach, but we certainly wouldn’t rule it out, either.

Could Titans have interest in trade for Falcons’ Julio Jones? 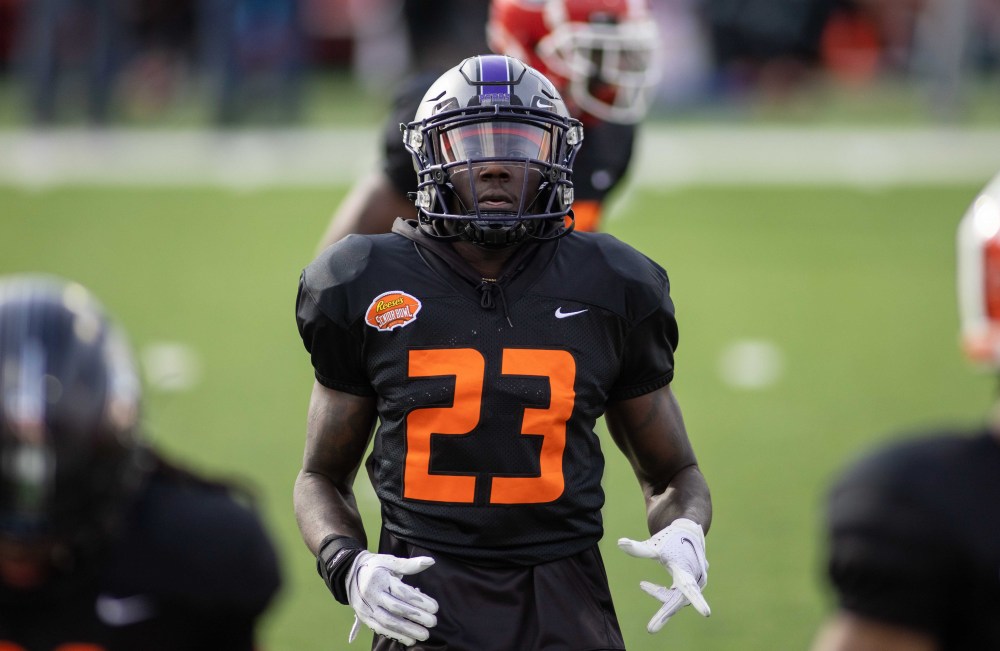