Tennessee Titans wide receiver Corey Davis is coming off his best year as a pro in 2020, and it comes at the perfect time with the former No. 5 overall pick set to hit free agency this offseason.

Davis posted five 100-yard games en route to 984 receiving yards and five scores, which were all career-highs, and he matched his previous single-season high mark of 65 receptions.

One area where Davis has excelled during his career has been making contested catches. In fact, his contested catch rate of 68 percent since 2019 is tied for the second highest success rate in the entire NFL in that span.

Along with A.J. Brown, the Titans had one of the best 1-2 punches at wide receiver in the NFL last season. Not only did Davis have a career year, but A.J. Brown finished with his second 1,000-yard season, also.

As far as his future in Nashville is concerned, we’ve already lobbied for the Titans to bring Davis back, especially if it’s at Spotrac’s projected market value of a four-year, $39.4 million deal, which works out to $9.8 million annually.

General manager Jon Robinson has to look at beefing up Tennessee’s depth at wide receiver this offseason, but first he has to figure out how to bring back one of the offense’s key cogs from the 2020 campaign. 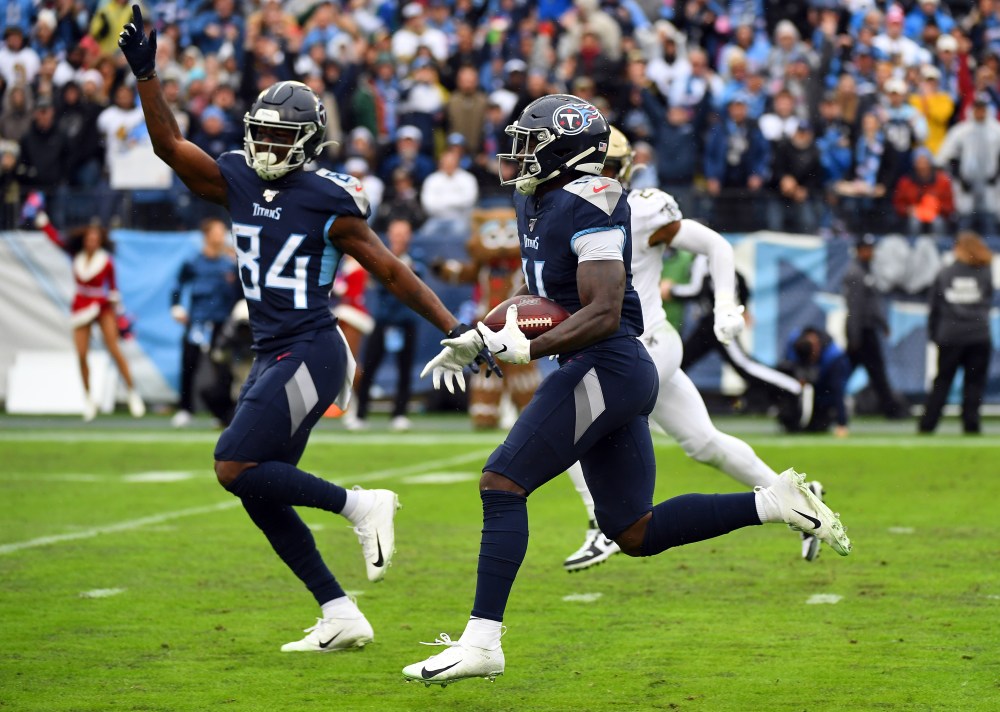