The Titans have released cornerback Johnathan Joseph, per a club announcement. The 36-year-old cornerback will now be free to sign with any club. 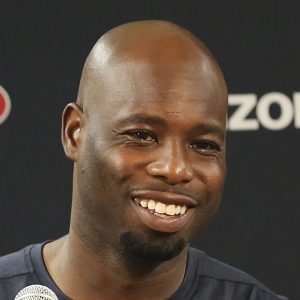 Joseph agreed to a one-year deal with the Titans earlier this year, making him the NFL’s oldest corner in the 2020 season. The expectation was that Joseph could be a contributor, alongside fellow top Tennessee corners Malcolm Butler, Adoree’ Jackson, and second-round pick Kristian Fulton. At a $2MM salary, he was significantly cheaper than what Logan Ryan was seeking. Ultimately, he couldn’t match Ryan’s value.

Joseph played his lowest percentage of Houston’s defensive snaps last season, dropping to 58% after being a full-time player during his first eight seasons with the franchise. The Titans used him on 76% of their snaps this season, but his performance wasn’t up to snuff. Through seven games, Joseph logged 28 stops, one interception, one forced fumble, and four passes defensed.

Fun fact: Among active players, Joseph’s 32 interceptions trail only Richard Sherman‘s 35. As Sherman continues to sit on the 49ers’ IR list, Joseph could have a chance to leapfrog him, if he latches on elsewhere.