The Tennessee Titans’ defense has looked pretty solid over the course of the team’s first six practices of 2021 training camp and has often outplayed the offense in the process.

On Tuesday, which was the first padded practice of camp, the defensive line stood out, with players such as Denico Autry, Jeffery Simmons, Teair Tart and Larrell Murchison getting mentions from beat writers.

“Denico Autry is as advertised,” ESPN’s Turron Davenport said. “He wrecked shop with his violent hands. Autry knocked Nate Davis off his feet on a rep during team period.”

“All of the guys upfront dominated,” Davenport continued. “Larrell Murchison made a nice play in the backfield during team period. Jeffery Simmons blew up a running play during team period and collided with Ben Jones.”

“Defensive lineman Naquan Jones busted through the line with nice pressure, and would’ve put himself in a position for a sack in a game,” Jim Wyatt of Titans Online observed.

The Titans have two starters locked-in at the moment in Autry and Simmons, but the starter at nose tackle still has to be determined.

Tart has been impressive thus far in training camp and remains our favorite to get the job. Murchison should also factor in as a rotational piece in certain situations.

Shane Bowen said that the #Titans will rotate players more on the defensive front in 2021, if things go according to plan.

After practice, Titans defensive coordinator Shane Bowen mentioned the versatility that Autry brings to the table, which gives Tennessee even more options upfront.

Shane Bowen said the #Titans see Denico Autry as someone who has position versatility—he can play EDGE and DL.

With Simmons, Autry, Murchison and Tart all being roster locks, the Titans will have one or two more defensive line spots up for grabs.

Jones is certainly someone to watch, as is former Denver Broncos defensive lineman Kyle Peko, who made a nice play on Tuesday. 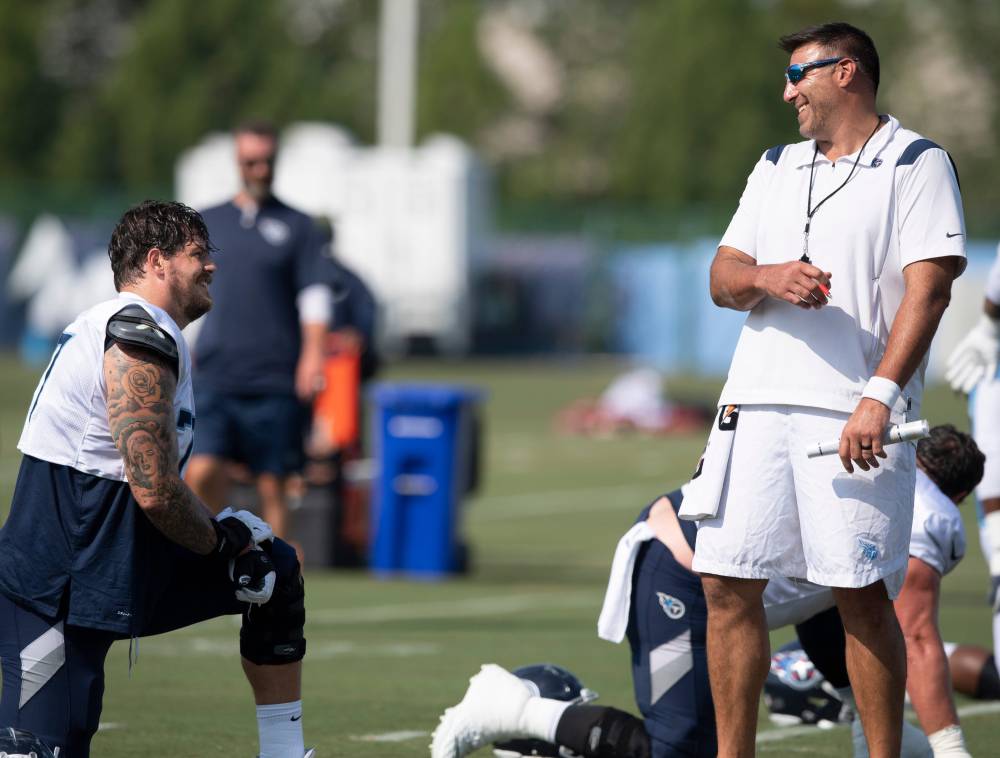