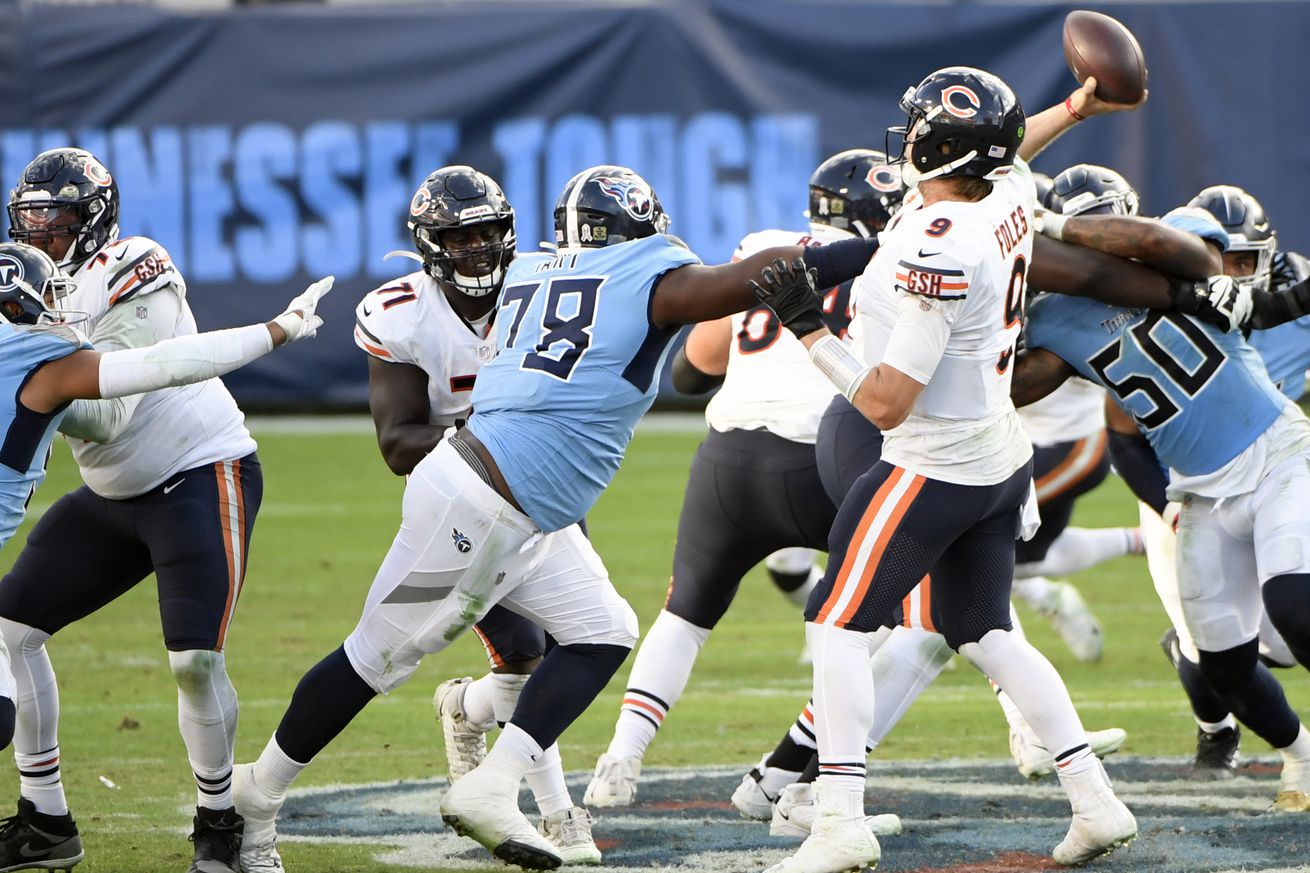 Back in June, we introduced you to Titans defensive tackle Teair Tart via this interview.

Tart signed with the team as an undrafted free agent in late April at the conclusion of the 2020 NFL draft. Tart was waived in early September as the team cut their roster down to 53, but was quickly resigned to the practice squad.

Teams often tinker with their practice squad frequently, but Tart has been a mainstay the entire season. That suggests that the team is quite high on him. He was promoted to the active roster for the first time in his NFL career ahead of Sunday’s win over the Bears.

Tart made some impact plays in his NFL debut. He was on the field for 22 snaps (as opposed to 13 for Larrell Murchison was) and was frequently seen in the Bears backfield causing havoc. It was a very impressive debut for the rookie out of FIU.

#Titans UDFA rookie DL Teair Tart made his NFL debut yesterday and immediately made an impact. The 4th down stop on the very first drive, he uses a beautiful swim move to beat Germain Ifedi, force the RB to stop and change direction, and allow his teammates to make the play. pic.twitter.com/hunZUK8RUH

It’s just one game, but it’s easy to see why the Titans decided to sign Tart as a UDFA. They gave him a chance in Week 9, and he repaid their faith with a good performance.