The NFLPA released its “Top 50 NFL Player Sales List” from March through May 2021 on Thursday, and a pair of Tennessee Titans, running back Derrick Henry and wide receiver Julio Jones, made the cut.

The list “is the only verified ranking of all officially licensed, NFL player-branded merchandise sold from online and traditional retail outlets as reported by over 75 NFLPA licensees…” per the NFLPA website.

It is based on the sales of “trading cards, men’s, women’s and youth game jerseys, T-shirts and hoodies, backpacks, wall decals, pennants, collectible figurines, matted and framed photos, bobbleheads, plush, drinkware, pet products, and many more.”

Henry comes in at No. 35, while Jones lands at No. 44. Of course, Jones was still with the Atlanta Falcons during this time period, thus this reflects sales of merchandise while he was with his old team.

Five other running backs were ranked ahead of Henry, including the Dallas Cowboys’ Ezekiel Elliot (No. 7), the Las Vegas Raiders’ Josh Jacobs (No. 20), the Pittsburgh Steelers’ Najee Harris (No. 24), the Cleveland Browns’ Nick Chubb (No. 31), and the New York Giants’ Saquon Barkley (No. 32).

It’ll be interesting to see if Jones gets a boost or takes a hit on this list next time out after being traded to the Titans. 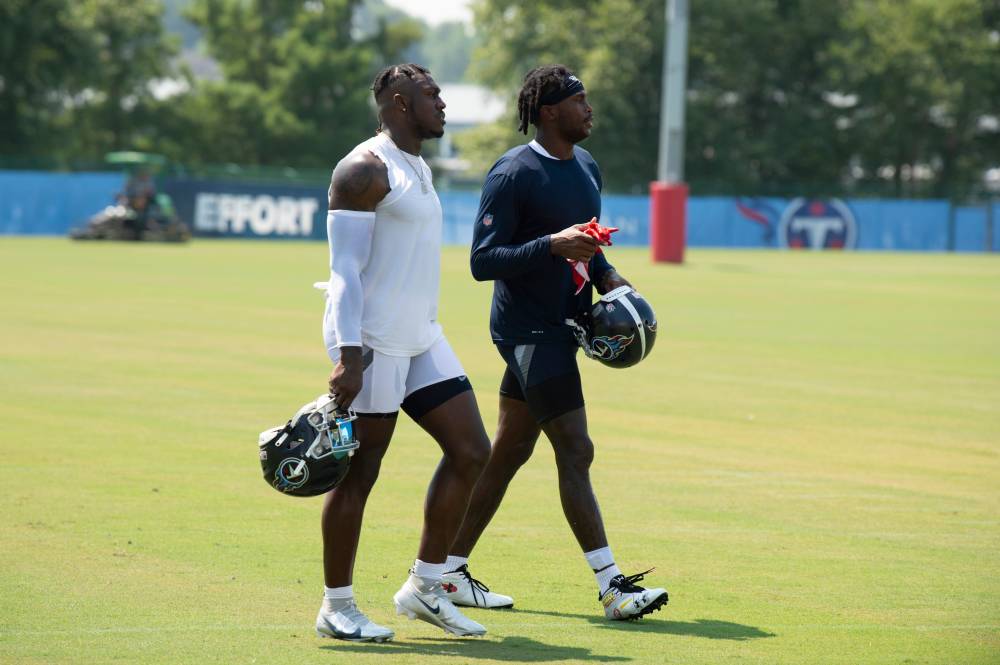