Tennessee Titans running back Derrick Henry had his best game of the 2020 season thus far in the Week 3 win over the Minnesota Vikings at U.S. Bank Stadium.

Henry carried the ball 26 times for a season-high 119 yards and two scores, and he added two receptions for 11 yards. His 4.6 yards per carry was also the best mark he has posted through three games.

For his effort, Henry has been nominated as the FedEx Ground Player of the Week, along with Minnesota Vikings running back, Dalvin Cook, and Cleveland Browns rusher, Nick Chubb.

VOTE for the @FedEx Ground Player of the Week!

Henry leads the NFL in rushing yards and attempts, picking up where he left off last season when he led the league in both categories and was tied for rushing touchdowns.

The Alabama product will look to continue his impressive start to 2020 when the Titans host the Pittsburgh Steelers on Sunday at Nissan Stadium in a matchup between two unbeatens.

What we learned from Titans’ 31-30 win over Vikings 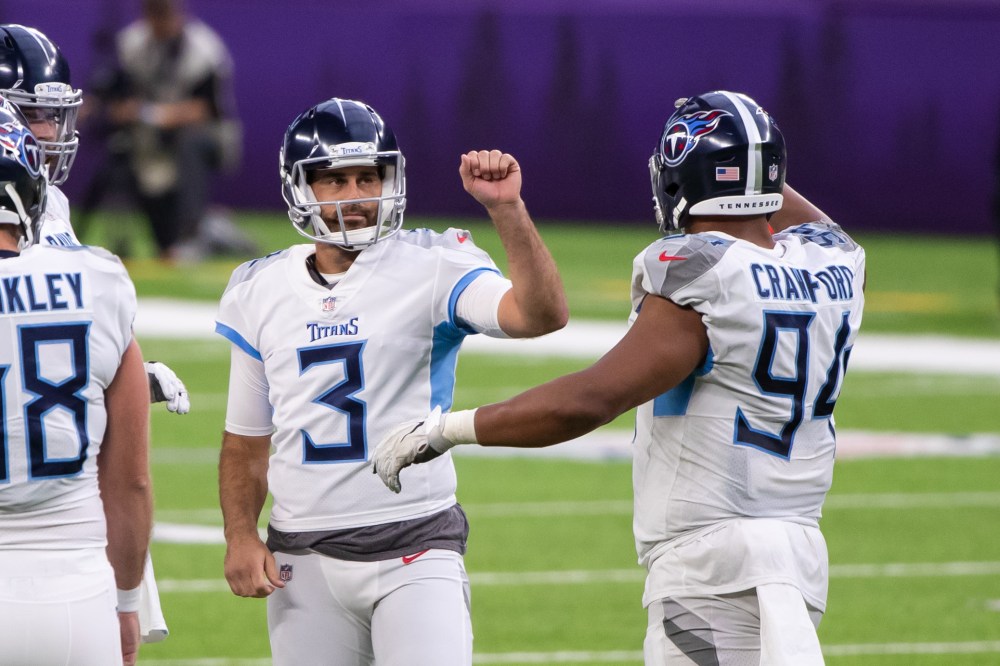