The Tennessee Titans have seen some significant changes on the offensive side of the ball so far this offseason, as the team has parted ways with multiple wide receivers and their starting right tackle from 2020.

As a result, Luke Easterling of Draft Wire has the Titans going with an offensive tackle and wide receiver with their first two picks of the 2021 NFL draft.

At No. 22 overall, the Titans select Michigan tackle Jalen Mayfield, giving the team a long-term solution at right tackle after the release of Dennis Kelly. At No. 53 overall, Tennessee grabs LSU wide receiver Terrace Marshall Jr.

While Titans fans will no doubt be on board with the receiver pick in the second round considering the team’s lack of depth at the position, taking another offensive tackle in the first round after the bust that was Isaiah Wilson won’t be well-received.

Of course, we don’t want to insinuate that Mayfield will be anything close to another Wilson, but the sour taste left from that fiasco will make any early pick of another tackle hard to sell, especially just one year later.

Not to mention, the Titans have a dire need at cornerback for both now and in the future after the team parted ways with both Malcolm Butler and Adoree’ Jackson this offseason.

We expect the Titans will go with some combination of wide receiver and cornerback with their first two picks, and from there general manager Jon Robinson can begin looking at other positions.

Titans’ Taylor Lewan ‘will 100 percent be ready’ for training camp 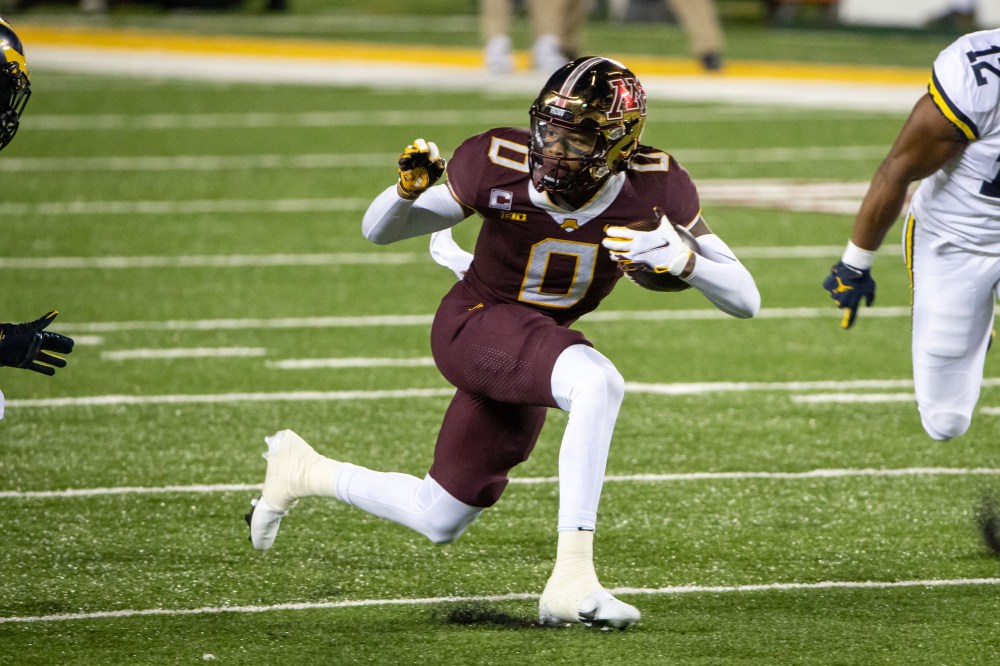