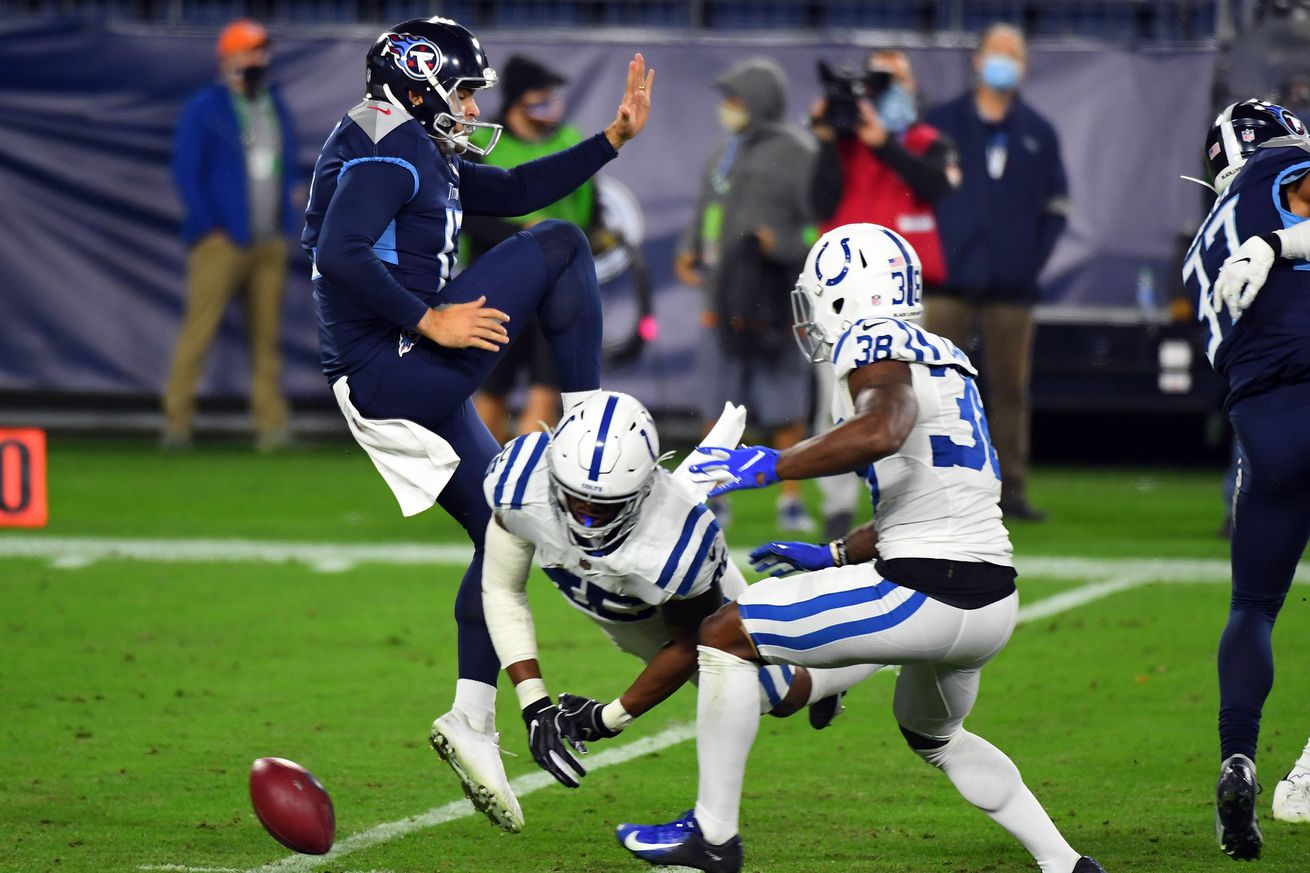 Coaches always talk about the three phases of the game – offense, defense, and special teams. We laugh at them sometimes when they tell us that that those three are equally important in the outcome of the football game. How can special teams be just as important as the offense and/or the defense?? Well the Titans saw just how much they can hurt you last night.

The end result was brutal for the Titans – a 34-17 loss to the division rival Colts at home. They gave up control of the AFC South by dropping the first of two match-ups between the two teams that have a shot to win the division. And while the Titans were beat soundly in all three phases last night, they were right in the game, winning in fact, before the special teams meltdown.

The knockout punch came 4 plays later when the Colts blocked Daniel’s next punt attempt and scored a touchdown.

This is the second year where special teams have been a huge issue for the Titans. Last year they botched handling Ryan Succop’s injury. It really feels like the rushed him back, twice, when you see the success he is having in Tampa Bay this year. Not only did they rush him back, but they failed to bring in anyone as insurance in case he wasn’t able to come back healthy. That led to the Titans shuffling through 4 different kickers throughout the season.

This year they appeared stuck on Stephen Gostkowski. They signed him and never really brought in any competition for him. To say he has been inconsistent would be an understatement.

The punting situation is a little bit different because it was forced on them in the middle of the season when Brett Kern went down with an injury. What I don’t understand is why they made the switch on a short week from Ryan Allen to Daniel after Allen averaged 50.5 yards per punt in his debut with the Titans – not to mention the familiarity with Gostkowski since Ryan held for Gostkowski in New England.

The Titans have an offense that is capable of taking them to great places. Unfortunately they are squandering that right now with terrible defense and special teams play. It is time for Mike Vrabel and Jon Robinson to take a different approach to evaluating specialist because they way they are doing it currently is killing the team.