Tennessee Titans head coach Mike Vrabel revealed that cornerback Adoree’ Jackson, left guard Rodger Saffold and wide receiver Adam Humphries have all been ruled out for the Week 11 game versus the Baltimore Ravens.

Jackson, who suffered a knee injury prior to the start of the season, has yet to play in a game in 2020. He was activated off Injured Reserve last week, but will now be inactive for a second straight week. Fellow cornerback Breon Borders will start opposite Malcolm Butler once again.

Saffold suffered an ankle injury during the Week 10 loss to the Indianapolis Colts. In his place, the Titans will likely deploy guard Jamil Douglas, who filled in for Saffold when he missed snaps last week. Vrabel did note that Humphries is progressing, though.

Humphries suffered a concussion during the Week 8 loss to the Cincinnati Bengals and has been ruled out each of the past two games. Week 11 will mark the third straight game he will miss with the injury.

Outside linebacker Jadeveon Clowney, who didn’t practice all week, has also been ruled out, according to NFL Network’s Mike Garafolo.

#Titans LB Jadeveon Clowney (knee) is out for Sunday vs. the #Ravens. Didn’t practice all week, so not surprising.

Other Titans who did not practice on Friday include center Ben Jones, tight end MyCole Pruitt, cornerback Kareem Orr and defensive lineman Larrell Murchison. We’ll get an update on their status when the injury report is released later on Friday.

Tennessee and Baltimore will square off on Sunday at noon CT at M&T Bank Stadium. 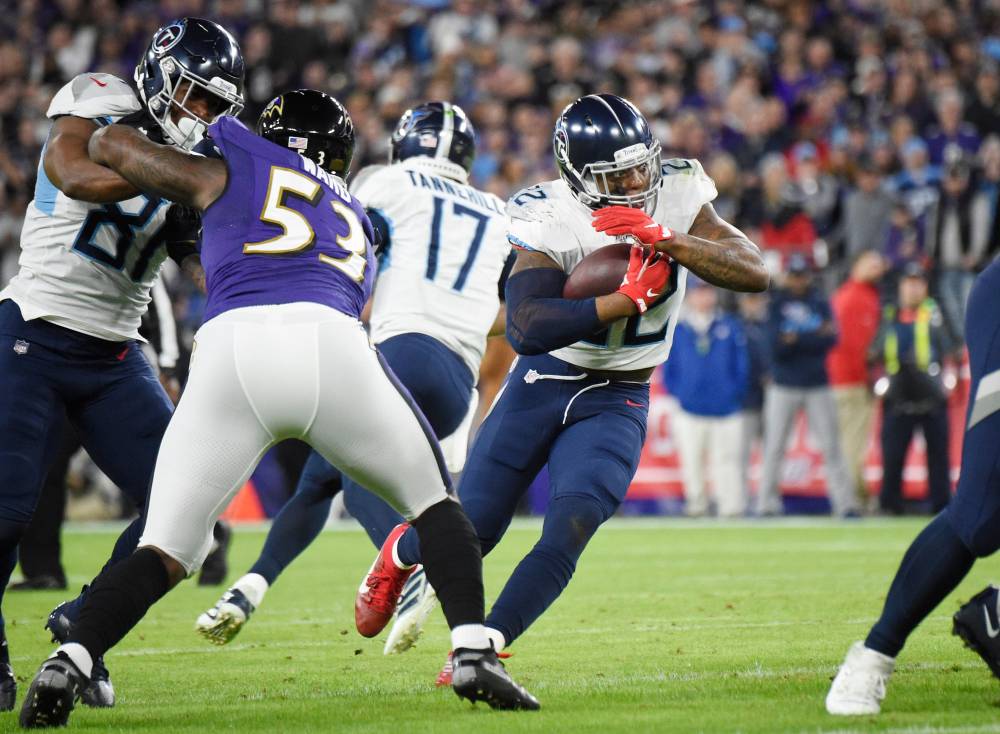