Tennessee Titans defensive linemen Jeffery Simmons is embracing his nickname “Big Jeff” going into his fourth season in the NFL.

Simmons can’t remember exactly where the nickname came from, but he is on board with it and even went as far as to get himself thigh pads that read “Big Jeff,” something he revealed in practice on Monday.

“I really didn’t have too many nicknames. I think ‘Big Jeff’ has been the newest one” Simmons said, via Jim Wyatt of Titans Online. “But I think this one is going to stick with me. I even got some thigh pads with [Big Jeff]; when I wear white pants you probably can see them.”

“Big Jeff” talks about his nickname — and his thigh pads. @GrindSimmons94 @Titans pic.twitter.com/XwJ78y3N5X

If there was ever a nickname that fits a player perfectly, it’s Simmons’ ‘Big Jeff’ moniker. After all, he stands at 6-foot-4 and 305 pounds.

After a breakout year in 2021, Simmons is widely considered one of the best interior defensive linemen in the NFL, and he should get paid handsomely when Tennessee inevitably gives him a contract extension. 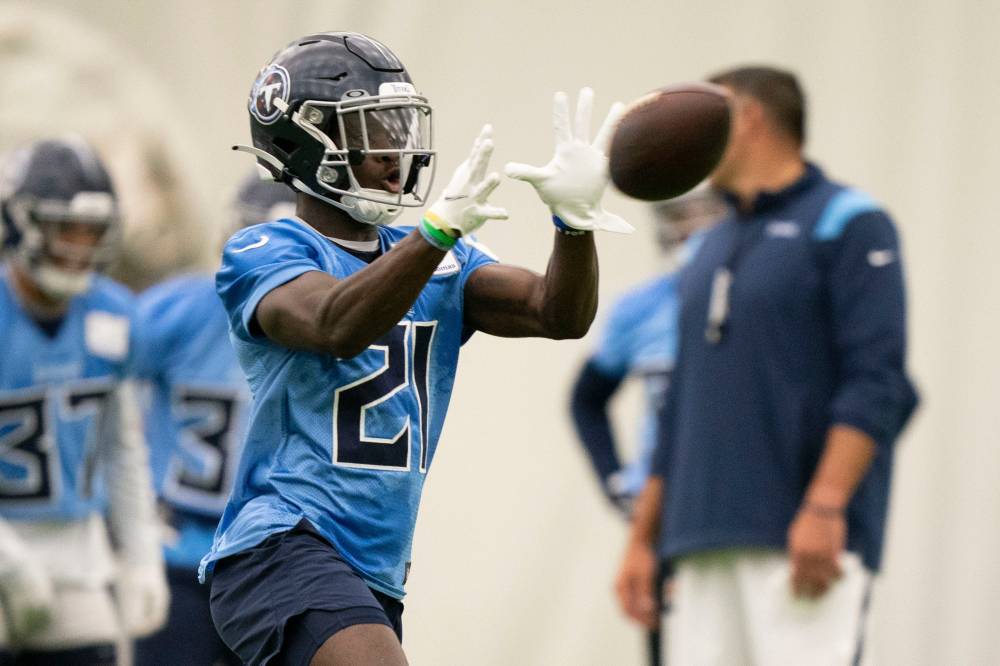