While the Tennessee Titans’ defense has been inconsistent in the early going of the 2021 season, safety Kevin Byard has been as steady as they come.

The 28-year-old has 27 combined tackles, two interceptions, and a fumble recovery returned for a touchdown, which came during the Week 5 victory over the Jacksonville Jaguars.

Making his start to the season more impressive, Pro Football Focus has the Titans’ 2016 third-round pick as the highest-graded safety in the National Football League through the first five weeks with an 85.1.

The Middle Tennessee State product recorded a season-high 11 tackles last week in the Titans’ 37-19 win over the Jags. This season, Byard also has six pass deflections, one shy of matching last season’s total. He recorded a career-best 16 pass breakups in 2017.

The accolades don’t stop there, either.

Byard made history in the Jaguars game, becoming the ninth player in Titans/Oilers history with a fumble return for a touchdown and an interception in the same game.

Byard also joined an exclusive club after he recorded his 20th career interception, making him the third player in franchise history to tally at least that many through the first 85 games of their career. Only Mike Reinfeldt (24) has more, and Byard is tied with Samari Rolle for second-most.

The Titans’ safety will be put to the test on Sunday, as he’s up against one of the best quarterbacks in the NFL in Josh Allen.

“Coming from his rookie year and the improvements that he’s made, he’s playing like one of the best quarterbacks in the league,” Byard said of Allen. “They’re operating at a very high level. It’s going to be a big challenge for us this week, eliminating the deep ball [and] those big plays. They’re the best team in the league right now if you look at all the power rankings.”

In last year’s matchup with the Bills, Byard recorded two combined tackles and one pass break-up.

This year, Buffalo is “scoring at will,” as Titans head coach Mike Vrabel noted earlier this week. The Bills have averaged 39 points per game over their last four contests.

Needless to say, the Titans’ defense needs to force turnovers.

“I think that’s one we have to do – keep everything in front of us,” Byard said. “Don’t let them get the big play, and hopefully [Allen] gets a little impatient and throws [an interception]. If we can keep some turnovers, that’ll be the biggest thing for us. Get Derrick Henry some more carries, get the offense rolling, and score some points.”

The Titans and Bills will play on “Monday Night Football,” with kickoff set for 7:15 pm CT at Nissan Stadium.

Bills vs. Titans: 7 things to know about Week 6 game 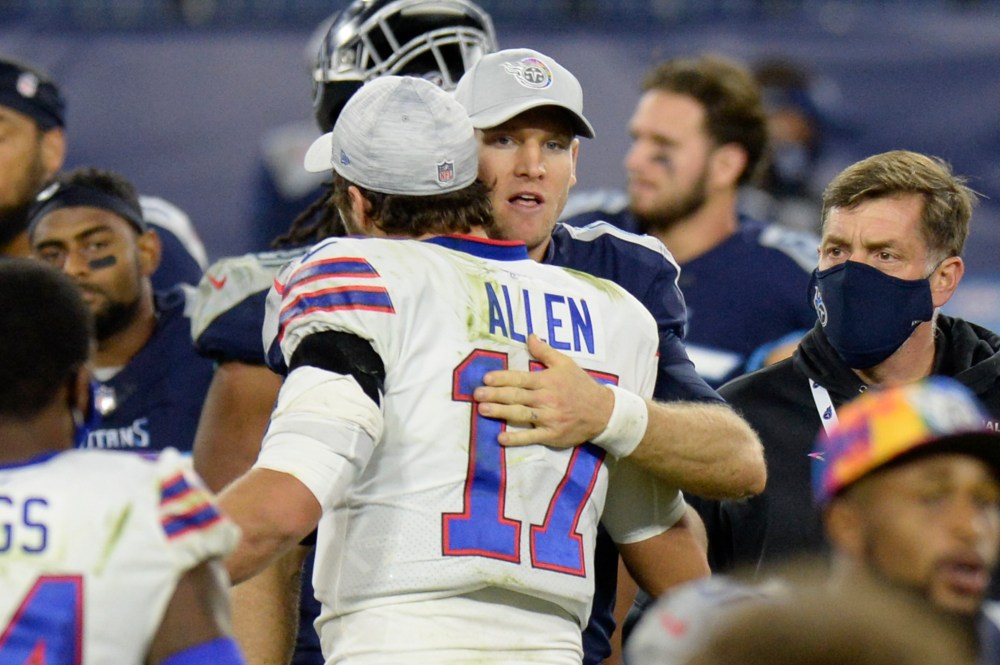