Safety Amani Hooker has seen his role expand each season that he’s been in Nashville. The Tennessee Titans selected the University of Iowa product in the fourth round of the 2019 NFL draft, coming off a junior campaign that saw Hooker earn Big Ten Defensive Player of the Year honors.

In his first season with the Titans, the young safety was primarily limited to a special teams role, accounting for 86 percent of the team’s snaps compared to just 30 percent on defense.

In a small sample size, Hooker showed what he was capable of, allowing just a 46.2 percent completion on balls thrown in his direction in his first NFL season. The following year, he played in all 16 games, including three starts, recording four interceptions, tied for the team-high with Malcolm Butler.

“We love to see the fact that he’s developed and improved every year. We want to see that next step,” Titans safeties coach Scott Booker said of Hooker, via AtoZ Sports Nashville. “We want to see him to continue to have ball production, continue to be able to blitz, to be a guy who is always around the ball, a solid tackler, and a guy that’s just being able to make plays in the back end, being a great complement to Kevin [Byard].”

Hooker was one of the few veterans who showed up for voluntary Organized Team Activities (OTAs), but he felt that it was important to get repetitions wherever possible.

Kevin Byard was also present, as the two safeties look to continue developing chemistry that made them one of the better safety duos in 2021.

“I think we’re at a great spot,” Hooker said, via AtoZ Sports Nashville. “I’ve been here the whole time, I’ve been with [Byard]. I watched him when he played with Kenny [Vaccaro], and now I’m playing with him. I think me and him got a good relationship, and we complement each other really well.”

Hooker has stepped in as a natural strong safety. Coming out of college, he’s continued to exhibit a knack for stopping the run and providing coverage on tight ends up the middle.

Titans head coach Mike Vrabel noted on Wednesday that the team has asked a lot of the 24-year-old safety early in his career, specifically being matched up against some of the bigger tight ends in the National Football League.

Hooker has proven that he can handle the responsibility, which has allowed Byard to do what he does best, which is being a ball hawk. It’s no coincidence that the latter had a bounce-back season in 2021, collecting a team-high five interceptions.

The duo has done well communicating their assignments before the ball is snapped, and they will look to continue that chemistry heading into the 2022 season.

“You like to see those guys working hand-in-hand to know what each other is doing before they even communicate with each other,” Booker added. “Those types of things happen whenever you start playing with a guy for multiple seasons. We look forward to that, and we look forward to leadership from Amani, too. You know, [Byard] shouldn’t always be the one leading. We’re looking for development and leadership, and I know that [Hooker] wants to take that next step.” 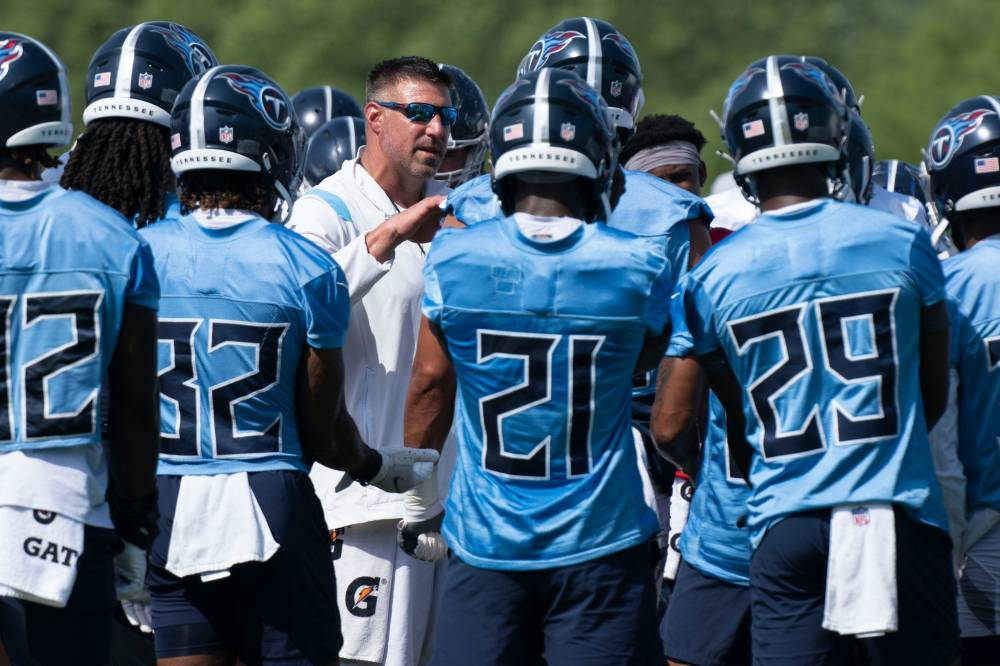