Scratch the Titans off the list of Tom Brady suitors. Per Dianna Russini of ESPN.com, Tennessee is no longer interested in Brady and is focused on getting a deal done with incumbent Ryan Tannehill (Twitter link). 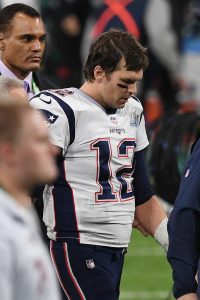 Earlier this month, there were reports that the Titans were confident they could beat out the Patriots for Brady’s services. Tennessee made a surprising run to the AFC Championship Game thanks in large part to Tannehill’s 2019 renaissance, but his uneven track record and the high price tag that goes hand-in-hand with his performance last season made it a possibility that the Titans could go in another direction.

The Titans were one of a handful of clubs that had a legitimate chance to use a franchise and transition tag this offseason, as Tannehill, RB Derrick Henry, and RT Jack Conklin are all eligible for free agency and would be at or near the top of the market for their respective positions. But now that a new CBA is in place and teams can only use one tag, the need to get at least one of those players under contract immediately is magnified.

After all, if the Titans had put all their eggs in the Brady basket, Tannehill could have gotten away and Tennessee could have been left scrambling for a replacement signal-caller. Henry will almost certainly be tagged, and it seems as if Conklin will hit the open market.

Meanwhile, the new CBA does allow for more flexibility for teams like the Patriots, who can spread out dead money hits for cut players and cap charges for free agent signees over multiple years. As Mike Reiss of ESPN.com notes, that could help New England in a competitive-bidding situation for Brady, and having one major competitor bow out of the race obviously increases the chances that Brady will return to Foxborough.