One area of the Tennessee Titans’ defense that will be watched closely this coming season is the team’s pass-rush after it finished with just 19 sacks in 2020, the third-fewest in the NFL.

The Titans have done their best to improve in that regard, as the team signed outside linebacker Bud Dupree and defensive lineman Denico Autry this offseason.

Another addition to the pass-rush is outside linebacker Rashad Weaver, who was drafted in the fourth round of the 2021 NFL draft and is expected to play a depth role behind Dupree and Harold Landry in his first season.

Before practice on Saturday, Titans outside linebackers coach Ryan Crow said Weaver is “progressing along,” and the coach is “excited to watch him here in the next couple of weeks,” per ESPN’s Turron Davenport.

“Love Weav, love his passion, his energy, he’s extremely intelligent,” Crow said. “I think with him, just like a lot of rookies, he’s just getting a feel for the NFL game. And knowing what his strengths and weakness are, finding out how he fits and echoes us as coaches, too. He’s a long player, he’s got some different talents than other guys… He’s progressing along and I’m excited to watch him here in the next couple of weeks.”

Crow was asked if he thought Weaver would have a tough time transitioning from playing with his hand in the dirt in college to standing up more in the NFL.

Crow also revealed that he’s challenging outside linebacker Harold Landry to develop more moves by not allowing him to use his “fastball” during practice.

“What I told Harold was, I took his fastball away. He’s a speed guy, I think everyone that watches his film throughout the league realizes he’s a speed guy, so the conversation with him was you can’t use that, you’ve got to find something else,” Crow explained. “Make some new mistakes, learn some other moves, try them, see if they work, and then kind of create that second and third pitch.”

To help Landry progress, Crow says they have watched cut-ups of different moves and how other NFL players use them, and then try to take that to the practice field.

“We cut up different moves; here’s a move to look at, let’s watch the guys that have done it successfully, see if it fits your style, and we’ll do that throughout the week and we’ll go out there and try it and see if it works.”

Landry, who is entering his fourth season in the NFL and is set to become a free agent in 2022, led the Titans with 5.5 sacks last season, but tallied 3.5 less than he did in 2019.

Landry, and to a lesser extent, Weaver, will be important in the Titans’ quest to revive a pass-rush that desperately needs to see major improvement in 2021.

#Titans OLB coach Ryan Crow feels Rashad Weaver is coming along. Likes his lengths. Wants him to not think too much and just play football. pic.twitter.com/JAm1UBNsPl

#Titans OLB Ryan Crow says he told Harold Landry that he can’t use his fast ball during camp. Wants him to develop another move. pic.twitter.com/p4Y1m8ppDz

Ed Sheeran explains how he became a Tennessee Titans fan 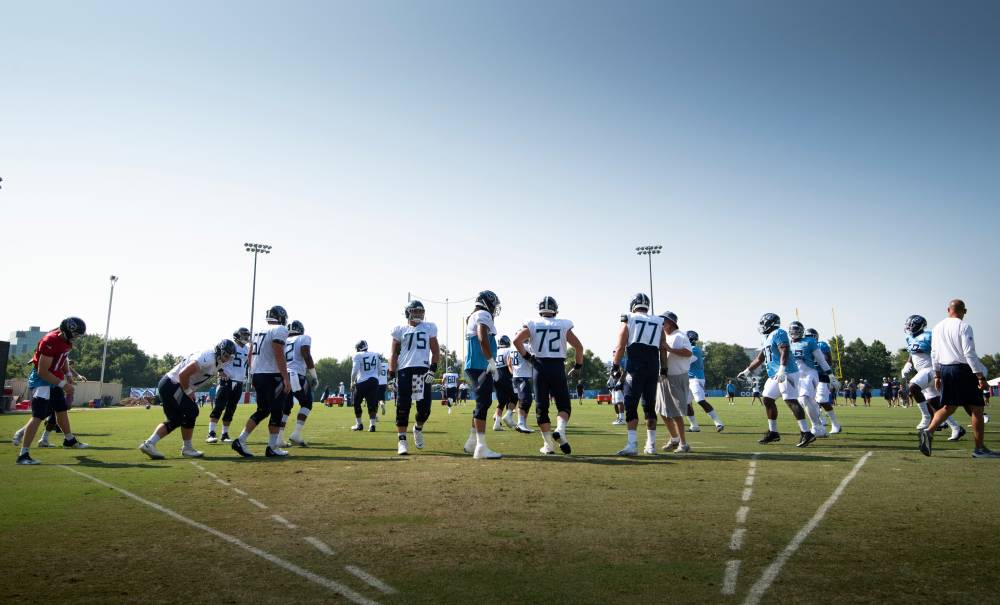