With Week 1 behind us, the Tennessee Titans will now prepare for the Week 2 divisional contest against the Jacksonville Jaguars at Nissan Stadium in Nashville, a game that will decide who sits atop the AFC South alone.

The Titans are coming off an ugly road win over the Denver Broncos, while the Jacksonville Jaguars are riding high following an upset win over the Indianapolis Colts.

But do the Jaguars have another win in them in Week 2? Well, according to Las Vegas, the answer to that is a resounding “no.”

Per BetMGM, the Titans aren’t just favored to beat the Jaguars, they are an eight-point favorite. Here’s a look at the over/under and money line, also.

The Titans have owned the Jaguars in recent years. While the AFC South squads split their two meetings last year, the Titans have won seven of the last nine matchups. Both of those Jacksonville wins have come at home.

The Titans also have Derrick Henry, who has infamously owned the Jaguars in recent years. In eight career games versus Jacksonville, the Alabama product has totaled 714 rushing yards and nine touchdowns.

The Titans and Jaguars will kick off on Sunday at noon CT in what will be Tennessee’s home-opener.

Gimme him: One player Titans would steal from the Jaguars

Titans’ winners, losers, and those in between from Week 1 victory 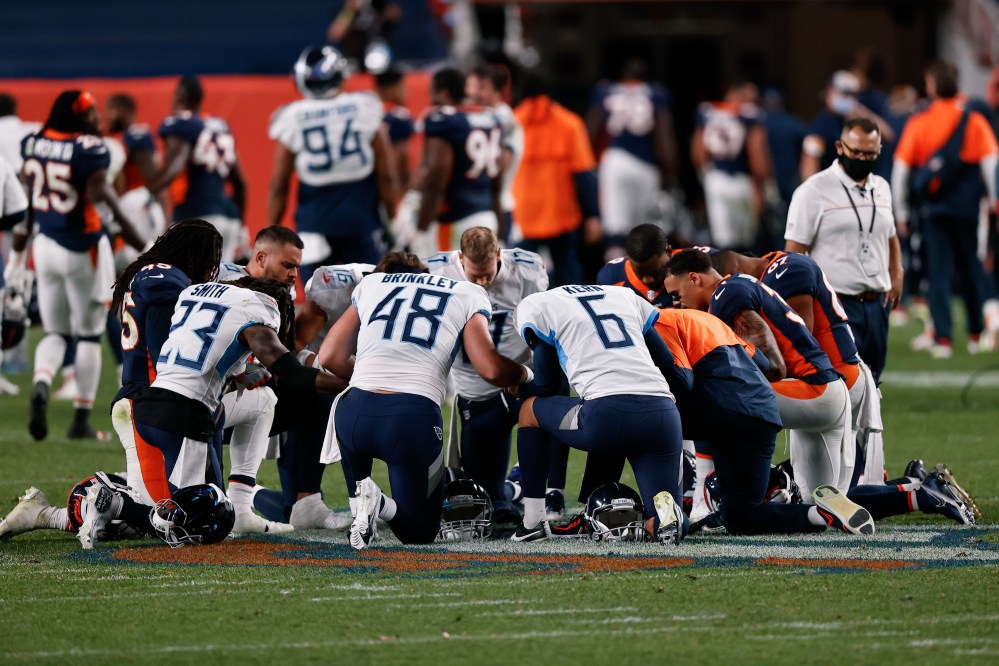