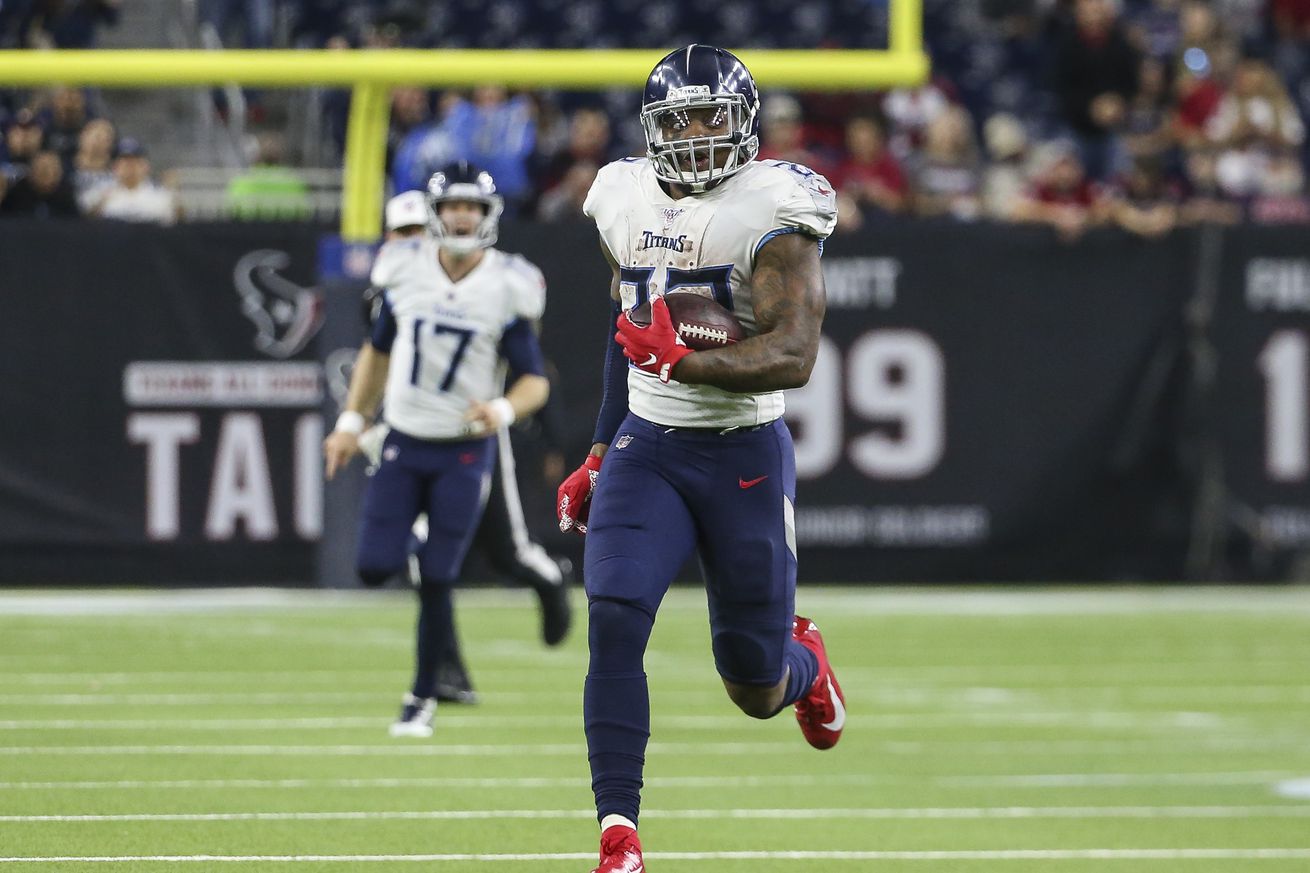 After news that the Titans signed Ryan Tannehill to a long-term deal earlier today, Ian Rapoport started floating out there that the team would follow that up with a franchise tag for Derrick Henry:

With the Ryan Tannehill deal done, Tennessee can now franchise tag RB Derrick Henry — keeping both of their key players from the 2019 season. https://t.co/NNIetSKiqU

This is not the result that a lot of people wanted to see, but it makes the most sense. This also doesn’t mean they won’t work out a long-term deal with Henry. They have until July 15th to do that. This just gives them time to do that without him hitting the open market.

It will be interesting to see how Henry reacts to this if they aren’t able to get a long-term deal done. He doesn’t seem like the type that would make a big stink and not show up for camp, but you never really know. My guess is that he will continue to bust it this offseason and come in ready to prove again that he is the best running back in the league.