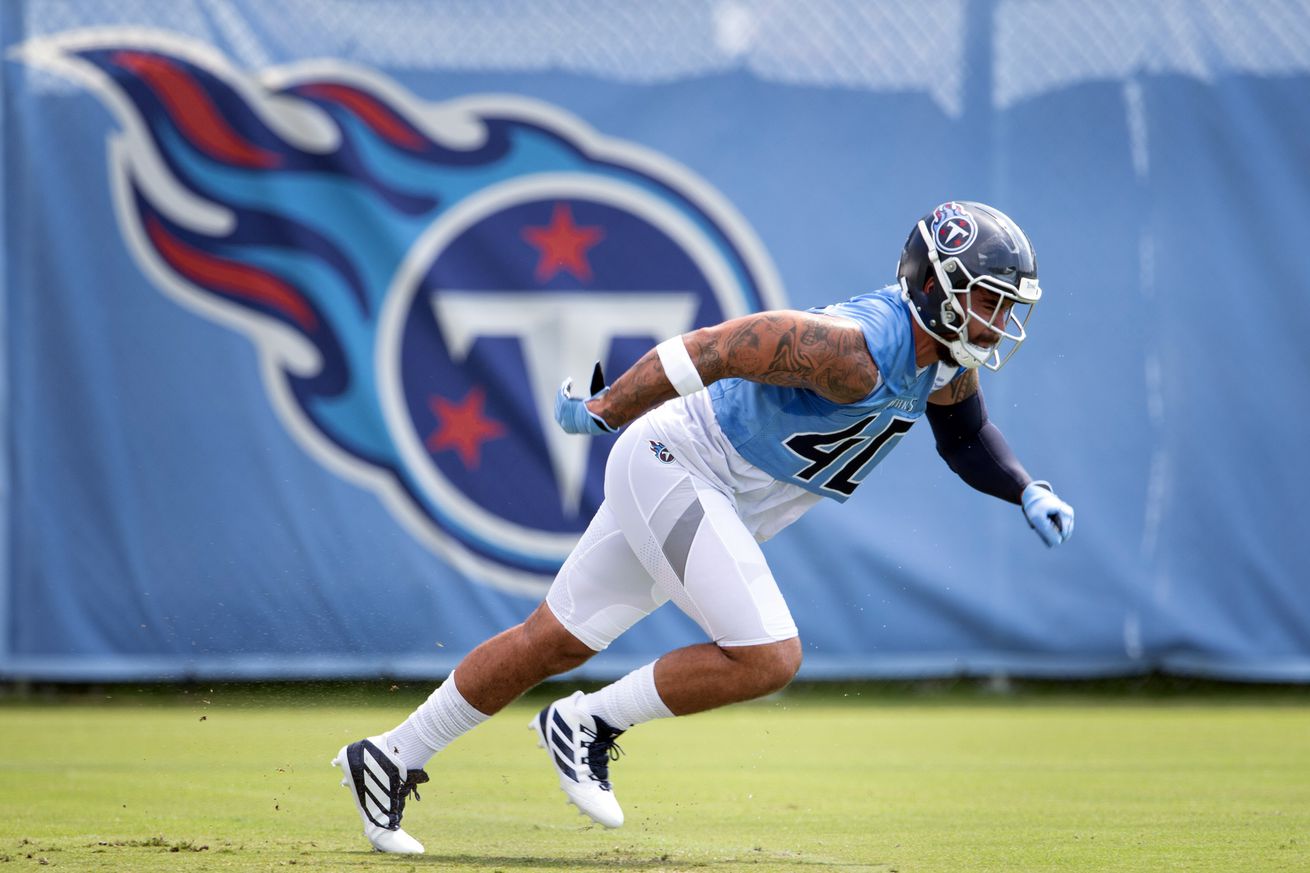 The Titans have placed OLB Kamalei Correa on the COVID-19 reserve list according to Jim Wyatt.

Correa is the fourth player to be added to the list, after long-snapper Beau Brinkley, defensive tackle DaQuan Jones and practice squad tight end Tommy Hudson were placed on the COVID-19 reserve list yesterday.

We don’t have official confirmation that Correa is the fourth player to test positive, but you can probably put two and two together.

If these four players do have it, you hope they remain asymptomatic and that they don’t pass it on to their families.

Yesterday’s players placed on the reserve list were 3 players who do not play on the same position group. Today’s addition represents a member of a fourth position group. The Titans have placed a defensive linemen, outside linebacker, tight end and long-snapper on the list.

Now we wait to see what the next round of testing brings. We will likely get that news around the same time tomorrow that we got the news today. If the Week 4 game with the Steelers is to be played either Monday or Tuesday, it’s imperative that the Titans get this outbreak under control sooner rather than later.