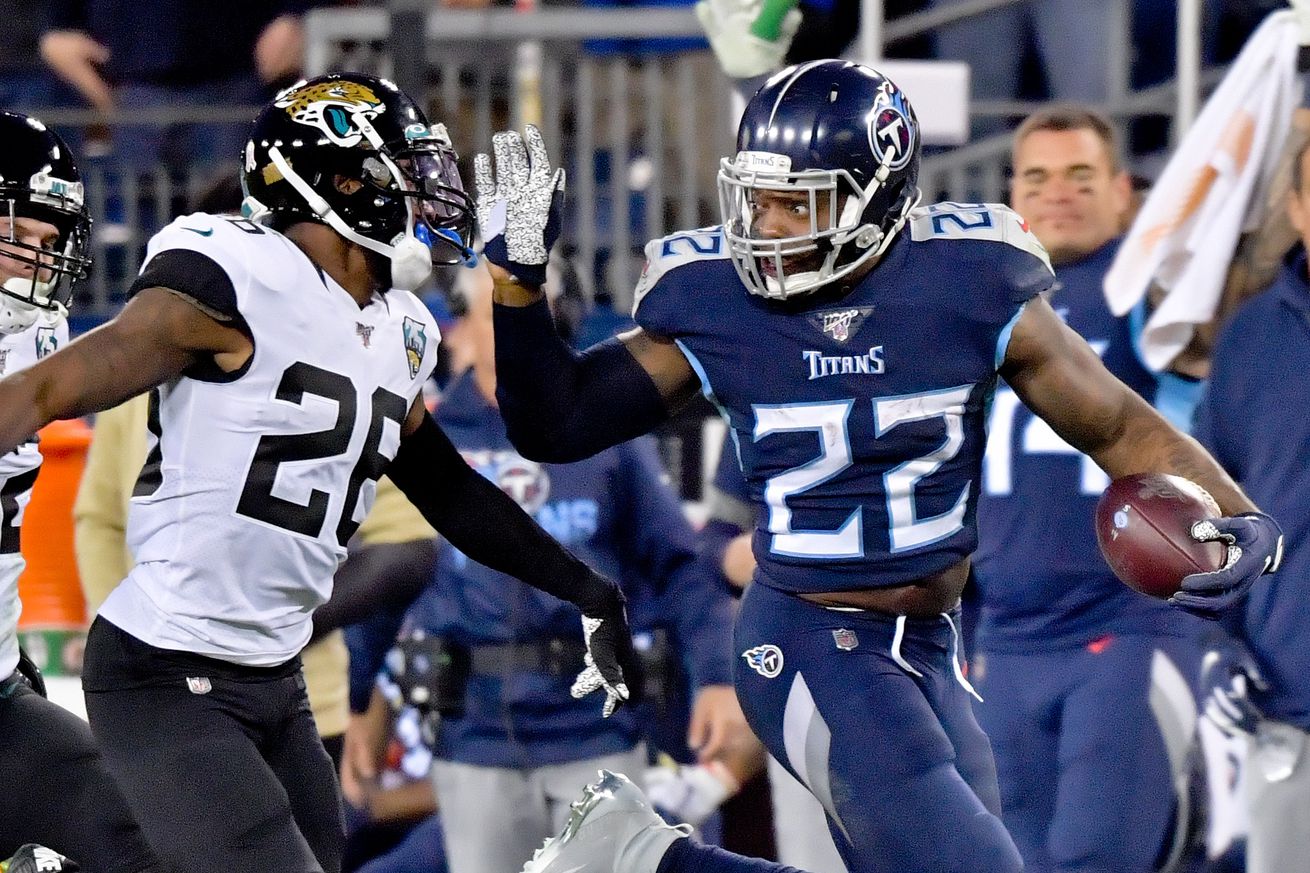 The Titans will be reporting to training camp in the next couple of days, though it will be a while before we actually see them on the field. In the mean time we are going to take a look at each position group to see where the Titans are with said group. Today we move on to the running backs.

Derrick Henry is the best running back in the NFL. If you doubt that you don’t belong here.

The interesting part for this group will be to see how Evans is deployed. He gives them another guy that can make big plays because of his speed. Will he be the third down back? That depends on how quickly he adjusts to blitz pick-ups in the NFL. My guess is that they will use him some creative ways including splitting him out wide at times.

Dawkins is a favorite of mine because of how hard he runs. His best bet to hanging around is most likely the practice squad.

Blasingame has had some off the field stuff come up during the offseason. The Titans will be keeping a close eye for any developments there. If nothing else comes of that, he will most likely have a spot on this roster just like he did last season.