It was only one day, but few players on the Tennessee Titans had a better first practice of training camp than wide receiver and sixth-round pick, Racey McMath.

The LSU product, who was tabbed mostly as a special teamer coming out of college, flashed his receiver skills during the session, which will only help his cause for making the roster in 2021.

ESPN’s Turron Davenport noted that McMath “had a great day” and made multiple jump-ball catches, using his 6-foot-2, 211-pound frame to win one-on-one’s against his Titans teammates.

“Rookie WR Racey McMath had a great day. He made numerous jump ball catches in 1 on 1s…” Davenport tweeted.

And we have the receipts, courtesy of AtoZ Sports Nashville:

McMath has caught the eye of head coach Mike Vrabel, who praised the rookie for his continued progress and impressive athleticism. He also says the team is “projecting him for a major special teams role,” per 247 Sports:

“He is fun to coach, man. He just keeps getting better. He has a unique skillset, he is big, he is fast, he is coachable. Again, he takes a rep over there in the open field tackling drill as a receiver, obviously we are projecting him for a major special teams role, so he goes over there & is taking reps in the open field tackle on defense. Takes the coaching, doesn’t miss a beat, bounces around. He has been fun to coach & like I said he has a unique skillset just the size standpoint & his speed.”

We’ve been hesitant to include McMath on our 53-man roster projections of late, mostly because the Titans have a crowded situation at the wide receiver position, with Julio Jones, A.J. Brown, Josh Reynolds and Dez Fitzpatrick being locked-in, and Nick Westbrook-Ikhine also projected to make the cut.

After seeing the praise for the rookie on Wednesday, and hearing Vrabel mention him being projected “for a major special teams role,” we’re starting to become more open to the idea that he could make the roster as a bottom-of-the-depth-chart receiver and special teamer for this coming season.

However, let’s not get too ahead of ourselves. We’ve seen players become camp sweethearts in years past, only to get cut when rosters are trimmed to 53. For now, we’re cautiously optimistic about McMath’s prospects early on. 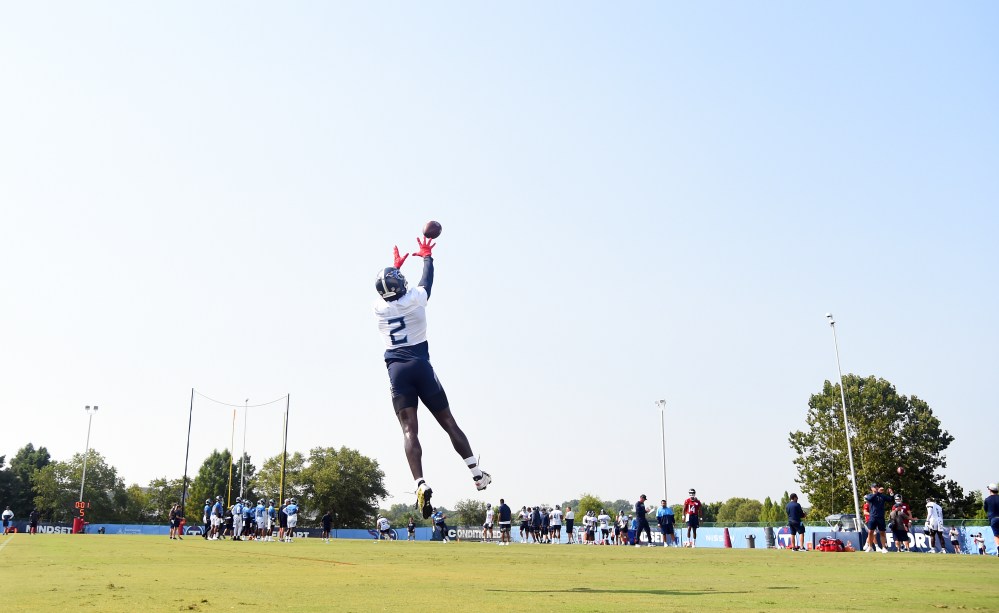