On Saturday, Tennessee Titans outside linebacker Rashad Weaver spoke to the media for the first time since being charged with simple assault, but declined to discuss the issue.

The charge stems from an incident that allegedly occurred in April before the Titans drafted the Pittsburgh product in the fourth round of the 2021 NFL draft.

Weaver is accused of grabbing a woman by the throat and pushing her to the ground, leading to the woman hitting her head. The rookie has since denied the allegation via a statement from his lawyer.

After Tennessee’s ninth practice of training camp, Weaver was asked about his legal issue, and about an alleged statement he made that was written in the complaint filed against him that said Weaver “stated to other officers on scene that he had no problem hitting a female if they needed it.”

“Where we’re at right now, I think we’ll just talk about stuff as I’ve been a Titan,” Weaver answered. “Regarding my agent and the legal team, hopefully there’s more clarity for everybody when that comes up. We’ll talk about stuff regarding football and things that have to do since I’ve been with the Titans.”

When asked if he’ll be eligible to play for the Titans this season as he could face a possible suspension from the league depending on how things play out, Weaver replied: “We’ll talk about football stuff.”

Asked Rashad Weaver about Pittsburgh police reporting he said he had no problem hitting a woman if she needed it. In connection to misdemeanor assault charge with Oct. hearing. #Titans. pic.twitter.com/9caW2U5CqE

The league revealed back in May that it is looking into the alleged incident, as it does with all players in any such situation.

Weaver is scheduled to appear in court on Oct. 5 for a preliminary hearing, which comes two days after the Titans’ Week 4 matchup against the New York Jets.

#Titans rookie OLB Rashad Weaver on the adjustment from hand in the dirt to standing up. Also says he’s working to not think as much so he can play faster. pic.twitter.com/Cd561odzch 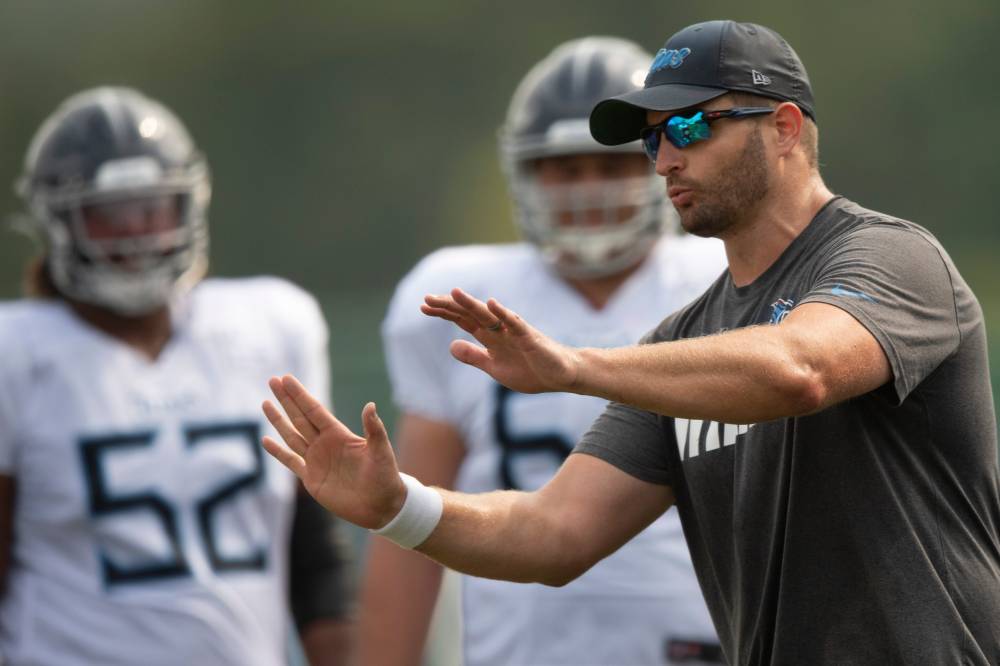