Tennessee Titans wide receiver Rashard Davis was flying under the radar going into training camp, but that changed once head coach Mike Vrabel announced he was one of the team’s offseason award-winners.

Since then, Davis has become a player to watch. He’s competing for one of the last spots on the team’s roster at wide receiver, and he’s also been taking part in return drills, which will only add value to his stock.

Davis is happy with his performance in training camp, and the 5-foot-9, 175-pound wideout has been using his speed and quickness to help make the case that he belongs on the initial 53-man roster, per Jim Wyatt of Titans Online.

“I feel like I’ve had a solid camp. I’ve made some plays, opened some eyes, turned some heads, so I just got to keep going to finish,” he said.

Vrabel bestowing the offseason honor upon Davis isn’t the only recognition he’s gotten. Fellow wideout, A.J. Brown, has also taken notice of the James Madison product, saying he thinks Davis can “take the next step.”

.@Brown1arthur on @rasharddavis6: He’s really been on point in meetings, and in routes when I’ve seen him. “I feel like he’s ready to take the next step.”@Titans

After having a cup of coffee with multiple teams, Davis finally got a bit of on-field experience late during the 2019 campaign.

He was activated from the practice squad for the Week 17 game against the Houston Texans, where he made one catch for 16 yards and fielded a pair of punts in his NFL debut. He was then active for the Titans’ playoff win over the New England Patriots and recorded a pair of fair catches in that contest.

Davis says that little bit of experience was very helpful for his confidence.

“With me going out there, making that catch on third down (at Houston), and then just fielding the punts, it just shows you that you can go out there and compete with the guys at the top and that’s playing at this level,” Davis said. “It gives you more confidence, and you just realize that you’ve still got to come out there and work and it won’t be handed to you.”

Tennessee’s top four spots on the depth chart at wide receiver appear to be set, with Brown, Corey Davis, Adam Humphries and Kalif Raymond all looking like locks.

However, the No. 5 receiver job is still up for grabs, and that’s where Davis can make his way onto the roster. Of course, the more the merrier, because the 25-year-old’s chances of making the cut will improve even more if Tennessee carries six at the position like they did going into 2019.

While Davis certainly isn’t a lock by any stretch no matter how many the Titans carry, he knows that if he works hard enough, good things will happen.

“At the end of the day you just learn how to become patient and it’s always a timing thing,” Davis said. “When it’s your time, that’s when your time will be. You’ve just got to go out there, work, grind, put your head down and get after it, and at the end of the day it’ll sort itself out.”

In our most recent 53-man roster projection, we have Davis seizing the No. 5 wide receiver job, and it’s prediction we remain confident in.

Titans’ Greg Joseph believes ‘the competition is between me and me’ 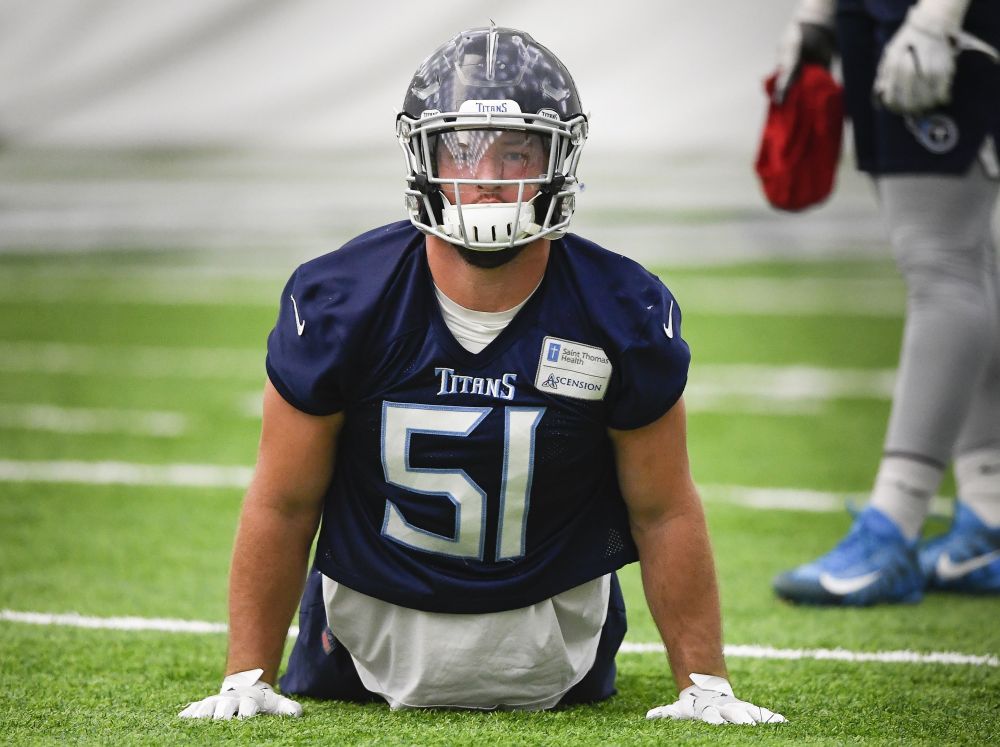