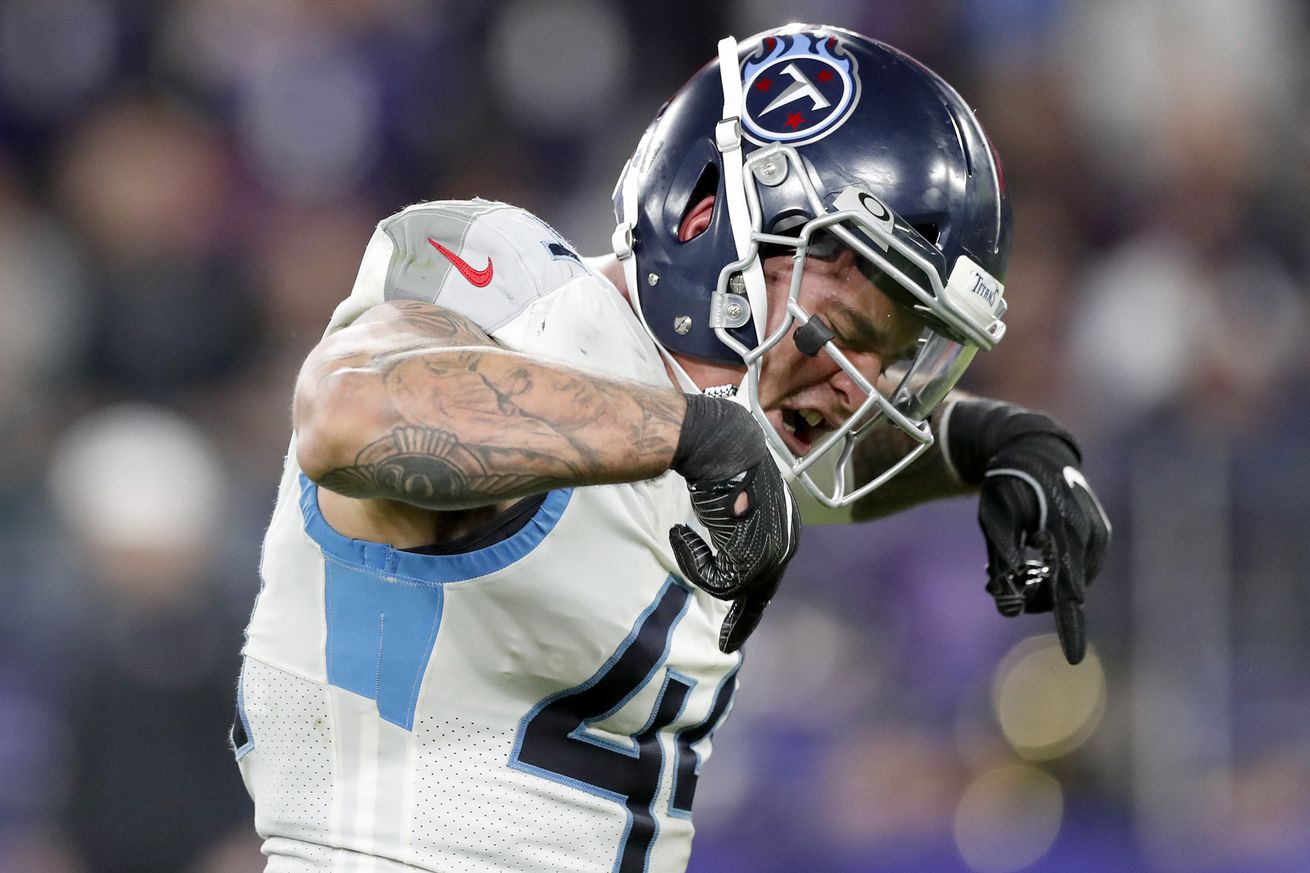 A sudden burst of Titans news!

Let’s start with the actual news and then jump into the interesting comments that GM Jon Robinson made in a media press conference this afternoon.

The Titans are reportedly re-signing edge rusher Kamalei Correa to a one year contract worth up to $3.5 million according to Tom Pelissero.

The #Titans signed LB Kamalei Correa to a one-year deal worth up to $3.5 million, source said.

Correa was originally added to the team via trade in 2018 when Jon Robinson sent a 6th round pick to add the versatile linebacker just before the start of the regular season. It took some time for the former 2nd round pick to settle in, but he really came on strong over the back half of last season, registering 5 sacks over the last 8 regular season games and then adding 2 more in the playoffs, easily the best stretch of the 25-year old’s career to this point.

The Titans are rewarding him with a one year deal that will pay him up to $3.5 million. The words “up to” are important here because it will likely turn out that his actual cap hit and guaranteed money will be less than that number.

Either way, it seems like a bargain for a guy who played so well for them late last season. I thought he was one of the best defenders on the field for Tennessee during the dominant defensive showing against Lamar Jackson’s Ravens, registering 10 tackles and a sack.

The Titans edge group now consists of Harold Landry, Vic Beasley, Kamalei Correa, Derick Roberson, Reggie Gilbert, and D’Andre Walker. Not a bad mix of upside and depth here. What stands out to me is the athleticism.

However, the Titans may or may not be done adding at that spot. Jon Robinson confirmed that the team has been “in contact” with agents for both Logan Ryan and Jadeveon Clowney and Dianna Russini — who has been right on several Titans news stories lately — followed up with this update:

As we continue to watch the market for Jadeveon Clowney, I am told by several sources the asking price has been moved off that $20mil+ number and it’s closer to $17-18mil. This could spark more interest. Also told Titans and Seahawks are still “interested”

Let’s state the obvious here… Robinson “being in contact” with agents for those players is not newsworthy in itself. Of course, he’s talking to agents right now. However, Russini’s report that the Titans are still “interested” — which came after the Correa signing was announced — does raise some eyebrows to me.

Robinson also went on to add some more interesting nuggets:

Robinson said @LwoodsideQB5 will have a chance to compete for the back-up spot for @Titans. Team will also look at other options

Vrabel also says he was very locked in and involved when on IR last season.

Robinson: #Titans will bring in competition for K Greg Joseph.

The Clowney/Ryan bit is obviously the biggest news. It tells me that they are still interested in adding big pieces, but that Robinson isn’t just going to go outside of his valuation for a player out of desperation.

Can Clowney still fit even with Beasley and Correa added? Absolutely. He’s an extremely versatile piece and adds a lot of value in the attention that he attracts no matter where he lines up on a defensive front. He’s strong enough to hold up on the interior of the defense if he’s asked to play inside and is a dominant edge setter in the run game. Correa is sometimes used off the ball in addition to his primary position as an outside “rush” linebacker so there are packages that could be mixed and matched with these types of versatile pieces.

I think the Derrick Henry news is also noteworthy. The Titans sound like they have interest in working out a long term deal and don’t intend to “force” Henry to play on the tag this year. Obviously, it remains to be seen if the two sides and work something out, but Robinson publicly stating his intention is a good first step. Things do not seem to be off to a contentious start there.

Competition for Logan Woodside at QB2 and Greg Joseph for the kicking duties was expected, but it’s still interesting to at least see those ideas confirmed by the team given how little information we usually get out of them this time of year.