The Tennessee Titans’ receiving corps. remains one of the biggest question marks the team has going into 2022, so it’s no surprise the unit was ranked poorly by Pro Football Focus.

According to PFF’s Ben Linsey, the Titans have the No. 26 receiving corps. in the NFL going into 2022, landing in the ‘could be strength or weakness’ tier.

The Titans moved on from A.J. Brown and Julio Jones this offseason and replaced them with Robert Woods and rookie wide receiver Treylon Burks. Jones is no longer the player who was perennially in the conversation for best in the NFL, but he’s still a strong starting option when healthy (76.8 PFF receiving grade in 2021). And Brown is one of the best, young receivers in the league.

Woods was a productive receiver for the Rams since joining the team in 2017, but there’s risk involved with relying on a 30-year-old coming off a midseason torn ACL as your new No. 1 option. Similar concerns can be voiced for Burks given his role at Arkansas and lack of experience outside and against press coverage. Those pieces could come together — hence the inclusion in the “could be a strength or weakness” tier — but it’s far from a sure thing.

The Titans needed help at wide receiver even before trading A.J. Brown, so his loss was a tough one to say the least.

Now, the Titans are looking at 30-year-old Robert Woods as their No. 1 receiver, but the veteran is no certainty, as he’s coming off a torn ACL and may not be himself in his first season back (see: Bud Dupree).

Behind Woods is even bigger question marks.

Treylon Burks and Kyle Philips are total wild cards as rookies, and 2021 fourth-round pick Dez Fitzpatrick isn’t even a lock to make the roster, let alone be a key contributor.

Nick Westbrook-Ikhine is a nice player and depth piece but not someone this team can depend on for big production. And, beyond those four are players just hoping to secure a roster spot.

The concern about Tennessee’s receiving group is warranted, and we fully expect this position to be addressed with a veteran addition at some point before or after training camp.

We recently went over Tennessee’s top wide receiver options in free agency, which you can check out here.

Titans’ Dillon Radunz: ‘It’s nice to focus on one position’ 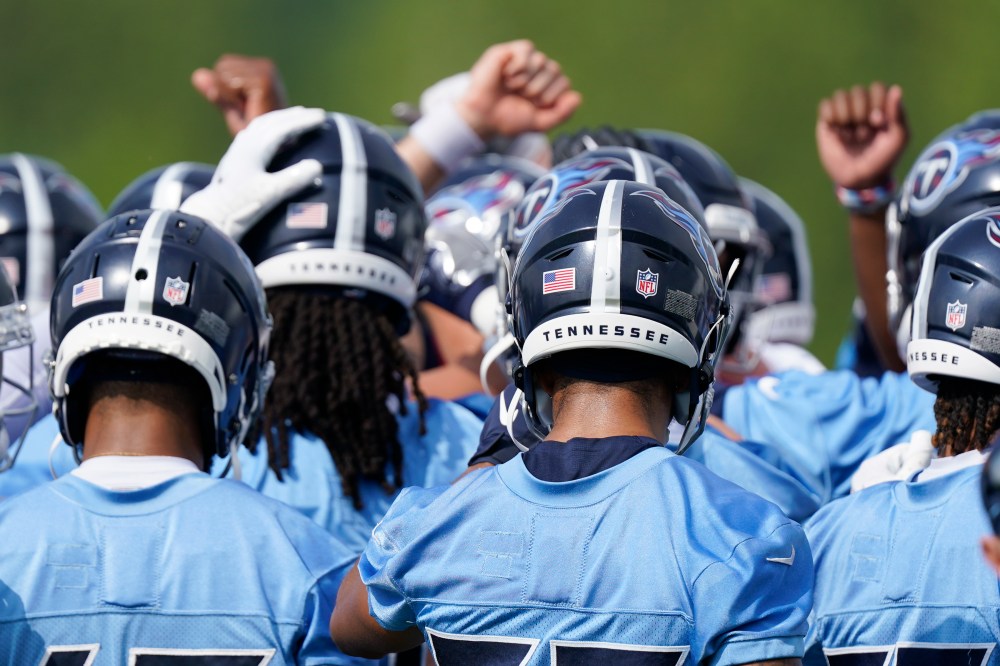