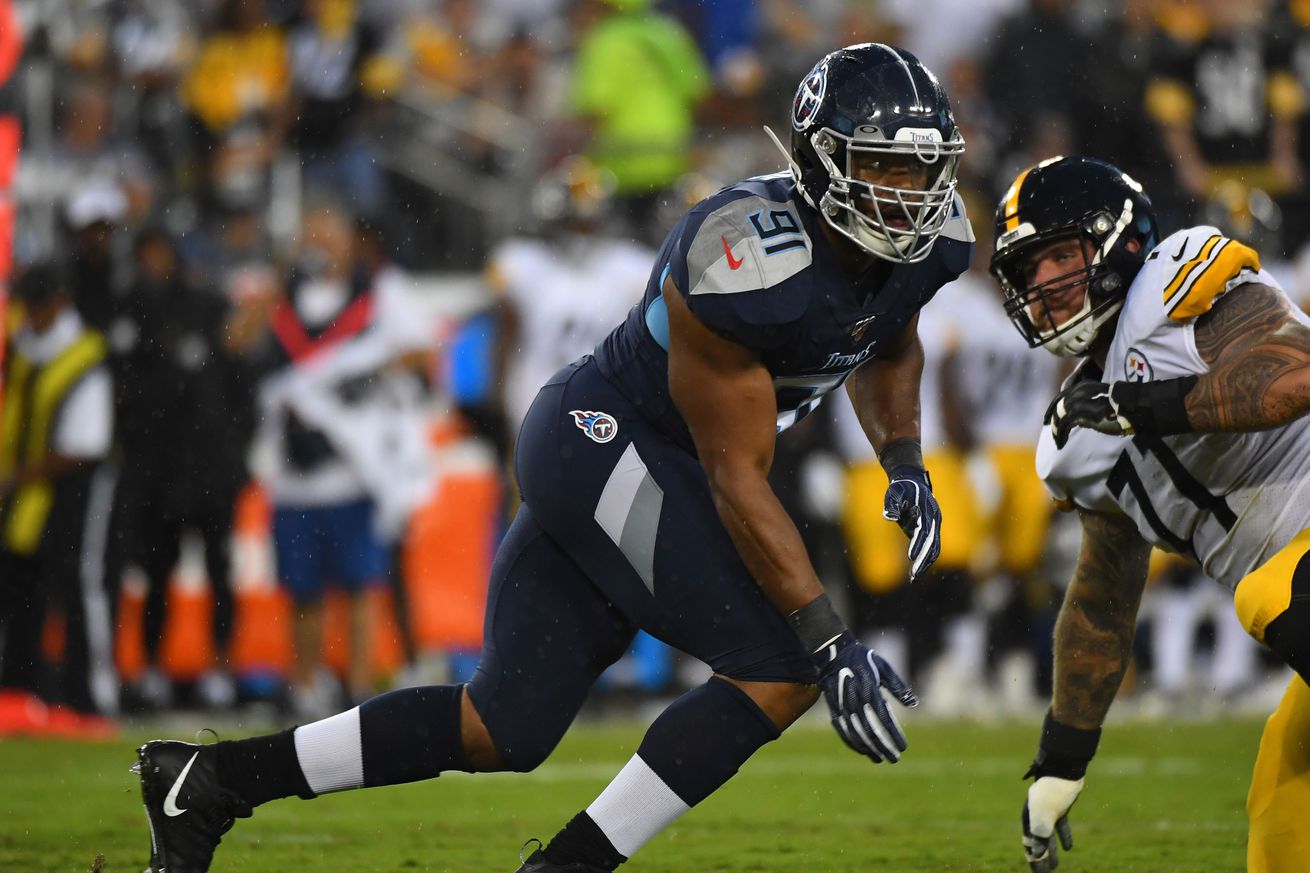 The second release of the day.

The Tennessee Titans officially announced the release of outside linebacker Cameron Wake this afternoon, following a move to release running back Dion Lewis.

Wake was signed last offseason to patch up a pass rush that could use a veteran presence, but failed to make much of an impact. He appeared in nine games for Tennessee, with the bulk of his impact coming in a week one win over the Cleveland Browns. Each of his 2.5 sacks came during that contest. He ended his 2019 season on IR.

The move to release Wake voids a three-year contract, saving the Titans 5.6 million in cap space to go towards potentially retaining Ryan Tannehill, Derrick Henry, Jack Conklin and others.

Wake, now 38 years old, will be a free agent if he chooses to continue playing. He currently sits at 100.5 career sacks — a staggering number considering he entered the league at the age of 27.

Finding a consistent pass rusher to pair with Harold Landry has to be near the top of Jon Robinson’s to-do list this offseason. However, with money being potentially limited this offseason, he may have to look to the draft to fill that need.