Trevor Siemian‘s stint with the Titans has already come to an end. NFL Network’s Mike Garafolo reports (via Twitter) that the team is cutting the veteran quarterback. He might not be gone for good however, as veteran beat writer Terry McCormick tweets that the team wants him back on their practice squad. Teams can add vets to the practice squad now under the new COVID-19 inspired rules. That being said, he notes they expect to face competition for his services from other teams. 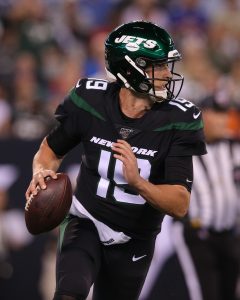 It was less than a month ago that Tennessee added Siemian to their quarterbacks room. The 28-year-old was expected to provide some experience behind starter Ryan Tannehill. Instead, the organization will apparently roll with Bengals 2018 seventh-round pick Logan Woodside as their primary backup.

The team is currently only rostering two players at the position, so there’s a chance a third (potentially veteran) quarterback could catch on. When the team auditioned Siemian back in August, the team also gave a look at DeShone Kizer, so the team already has some options in their Rolodex.

Siemian has only seen time in one game over the past two years (thanks in part to a season-ending ankle injury during the 2019 campaign). The last time he got an extended look was 2017, when he went 5-5 as a starter for the Broncos.