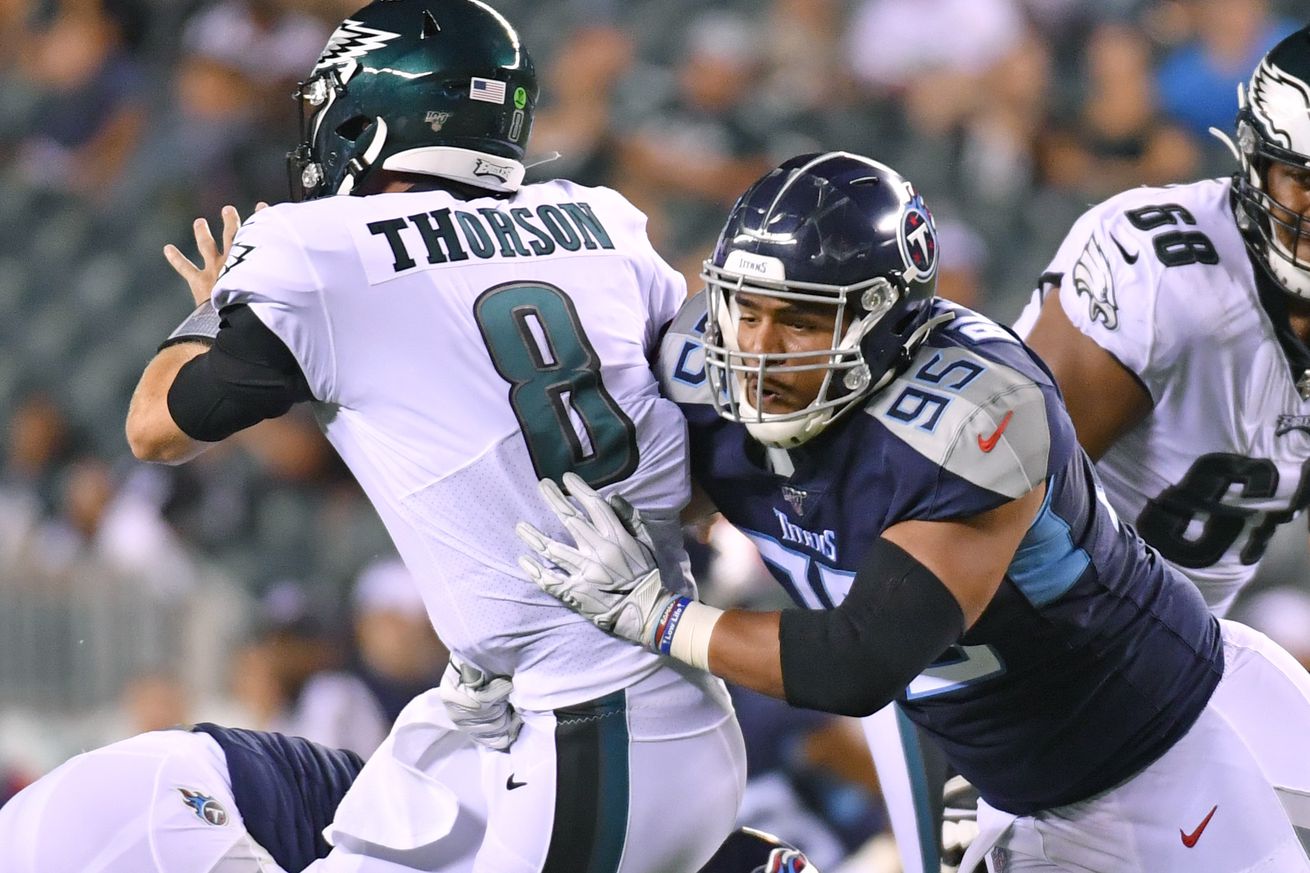 The Titans announced Sunday that they were releasing six players just two days ahead of their official training camp report date of July 28th.

The roster now stands at 81, down from the 87 it stood at prior to these releases. Every NFL club must be at 80 players (or fewer) by August 16th as part of the league mandate to help limit the amount of people at the team headquarters. The hope is that the smaller rosters will limit the spread of COVID-19. This means the Titans will have to release at least one more player in the coming weeks.

As the NFL and NFLPA finalized the terms of their return to play plan, the implications of this new deal meant that teams had to make some difficult decisions regarding their rosters.

None of these cuts will drop any jaws, however. Bledsoe is the most notable name, as he was able to stick with the organization for an entire season after signing with the Titans as an un-drafted free agent in 2019. Bledsoe put together a solid pre-season last year, and I thought he had a chance to stick on the roster this year. It wouldn’t surprise me to see him back on the team at some point.

The biggest surprise that came from these roster moves were that none of the 14 un-drafted free agents the Titans signed at the conclusion of the 2020 NFL Draft were included in the releases.

Many assumed that the mandate would mean the Titans would likely let go several of their UDFA’s before the group even had a chance to impress the coaching staff at training camp. Obviously, the front office and coaching staff want to at least give the UDFA’s a chance to showcase themselves.

Every player released besides Kerin had been with the Titans practice squad in 2019. The release of Kerin also added nearly $100,000 in additional cap space.