If the Tennessee Titans want to add a new wrinkle to their offense in 2020, getting running back Derrick Henry more involved in the passing game is one way to do it.

In training camp, Henry has been putting in work to improve his pass-catching ability, according to Erik Bacharach of the Tennessean.

It’s been a common theme throughout the first couple of weeks in training camp: Running back Derrick Henry is dedicating plenty of time to improving as a receiver.

In between team periods at Tuesday’s practice, in what was a lull in the action for offensive starters, Henry once again worked one-on-one with running backs coach Tony Dews, catching balls while on the run. He didn’t drop any passes.

After Tuesday’s practice, quarterback Ryan Tannehill also noted how Henry has been trying to get better, and he actually sees the star rusher gaining confidence as a pass-catcher, per ESPN’s Turron Davenport.

“We see Derrick working on it. He made some strides and is catching the ball more confidently. The more we can move him around and use him as a weapon not only running the ball but in the passing game, [all the better].”

Not only is it important for the Titans to get Henry more involved through the air because he’s arguably their best play-maker, but it makes Tennessee’s offense less predictable when he’s on the field.

It isn’t all on Henry to improve, though. The Titans’ offensive line had issues setting up screen passes in 2019, and that’s something that has to change if the Alabama product is going to be successful in adding what is really the last thing missing from his repertoire. 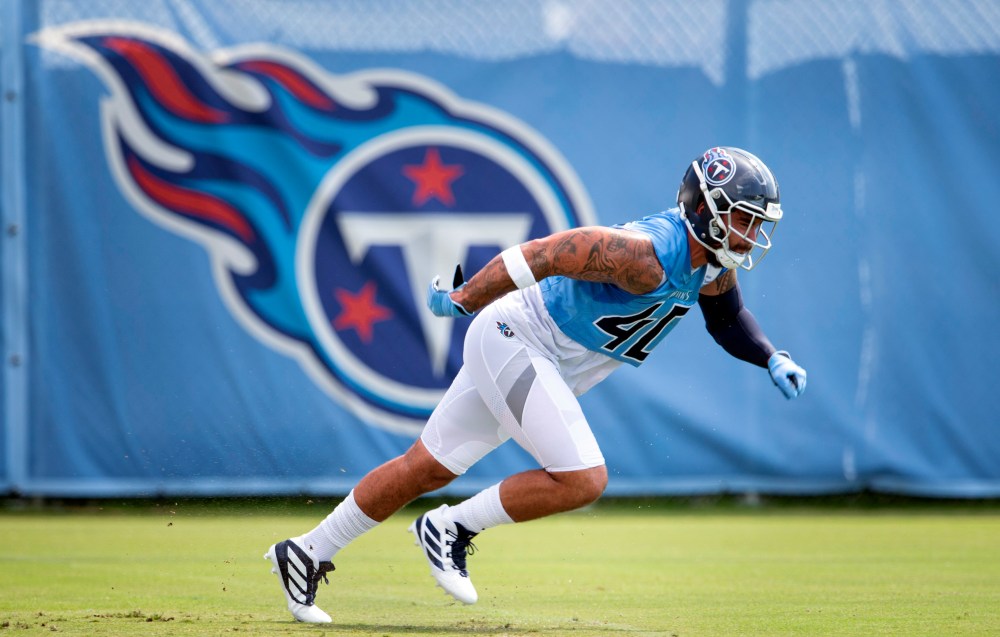