One of the biggest storylines of the offseason for the Tennessee Titans has been the issues 2022 first-round pick and wide receiver Treylon Burks has had staying on the practice field.

During rookie minicamp, Burks was in and out of practice as he dealt with asthma issues. Then, in mandatory minicamp, Burks didn’t practice in either of the two open sessions for unspecified reasons.

While it’s too early to panic about him, there is concern about Burks missing valuable practice time, which could both stunt his growth in learning the offense and getting acclimated to the NFL game, and hurt his chemistry building with quarterback Ryan Tannehill.

When asked about Burks’ lack of participation recently, Tannehill admitted it isn’t ideal, but noted the rookie and other players who have missed practice time are doing their best to stay up to speed.

“It definitely hurts, right, not to be out there,” he said, via John Glennon of Sports Illustrated. “But I think everyone in the building is trying to do their best to prepare, even the guys that aren’t out there – mentally, making sure they’re staying up on their scripts, and the walk-throughs and the jog-throughs and learning from the full-speed reps on tape.

“That’s all you can do at this point is to try to learn each and every way you can, and then when the time comes, you’re able to step on the grass and it’s time to go.”

In the meantime, Tannehill and Burks are watching tape of practice reps and have conversations to help them get a better feel for each other, but Tannehill reiterates the most ideal situation is for Burks to be out there on the field.

“We’ve had a lot of conversations as we’re watching tape, talking through the reps that other guys have had and communicating it,” Tannehill explained. “Just [wanting to make sure] sure he’s hearing it, what I’m looking for, and kind of hearing what he’s thinking.

“Obviously the best thing is to have him on the field working with us, but that’s not the case. So you’ve got to make do with what you’ve got and make the best out of what you have. We’re communicating, and then whenever the time comes for him to be out there running with us, then we’ll take advantage of those reps.”

Despite Burks not participating fully, the Titans are still holding his feet to the fire, as veteran wide receiver Robert Woods explained.

“They were always throwing out questions, picking his brain,” Woods said. “So he (was) always on the hot seat. … We’re just doing that so he can pick up the offense as fast as he can.”

If Burks continues to struggle with practice, he might not have a significant role out of the gate. Adding to that, a lack of chemistry with Tannehill could lead to Burks seeing less targets than he otherwise would have.

Burks’ big opportunity to right the ship and put fears about him aside for now will come during training camp, where the spotlight will no doubt be on him. Tennessee will hold its first training camp practice on July 27. 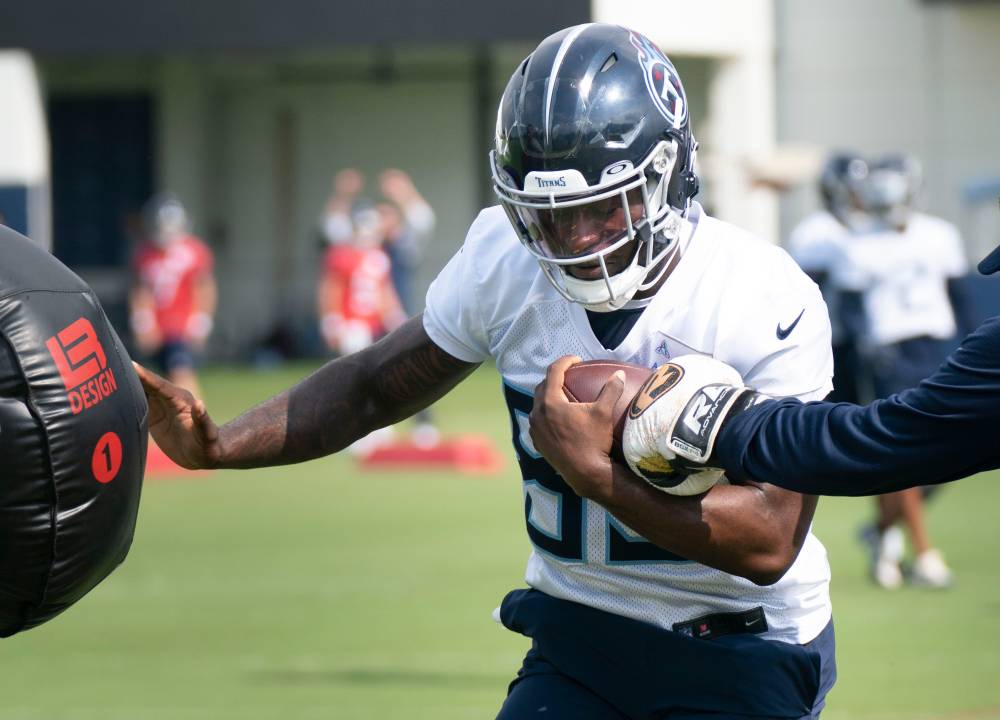