The Tennessee Titans will have plenty of new starters on their defense in 2021, especially in the secondary where general manager Jon Robinson’s massive overhaul spared almost no one.

Two of those new starters are safety Amani Hooker and corner Jackrabbit Jenkins. Hooker will play alongside the only remaining member of Tennessee’s initial 2020 starting secondary, Kevin Byard.

When the Titans signed Jackrabbit, we heard all about his veteran leadership and competitiveness, and those are two things defensive coordinator Shane Bowen has seen from Jenkins early on in training camp.

According to Jim Wyatt of Titans Online, Bowen says Jenkins’ desire to compete is “contagious” and he has already shown his leadership.

“Whenever you have a veteran like that who has done it a long time and has success, and you see the way he practices and competes and goes about it, I think it rubs off on everybody regardless of the position group,” Bowen said. “The wide receivers see it, that is contagious. The thing with him, he is constantly talking, constantly coaching guys up, constantly trying to turn the tide because every game there is going to be something. It is not always going to be perfect, we understand that, he understands that from playing so long and I think his leadership and being able to turn the tide and get our guys to respond can kind of change the mojo when it is not going our way.”

Jenkins has been busy showing that leadership in different ways, including his helping to bring along 2021 first-round pick, cornerback Caleb Farley.

Bowen says it’s been good to have 1st rounder Caleb Farly actually on the field. Says he’s been “engaged” in team meetings. Says Jackrabbit Jenkins has been helping him a lot behind the scenes. #Titans

Bowen heaped some praise on Hooker, who has caught his eye. He called the 2019 fourth-round pick “savvy” and “a smart football player.”

“Hooker showed up in a few different coverages making some plays. He has been savvy back there. He has always been a smart football player. I think he is starting to learn the ins and outs of playing the game a little bit, more so than just his job so to speak,” Bowen said.

The defensive coordinator is also impressed with cornerback Breon Borders, who has been among the biggest standouts in camp so far and will provide an insurance policy as a high-end depth piece.

“Breon has been good up to this point, again, just consistency day in and day out, play in and play out for him,” Bowen explained. “He showed a lot of improvement coming into camp versus where he was at in the spring even. I think he busted his butt in those five or six weeks away and he has come back ready to go.” 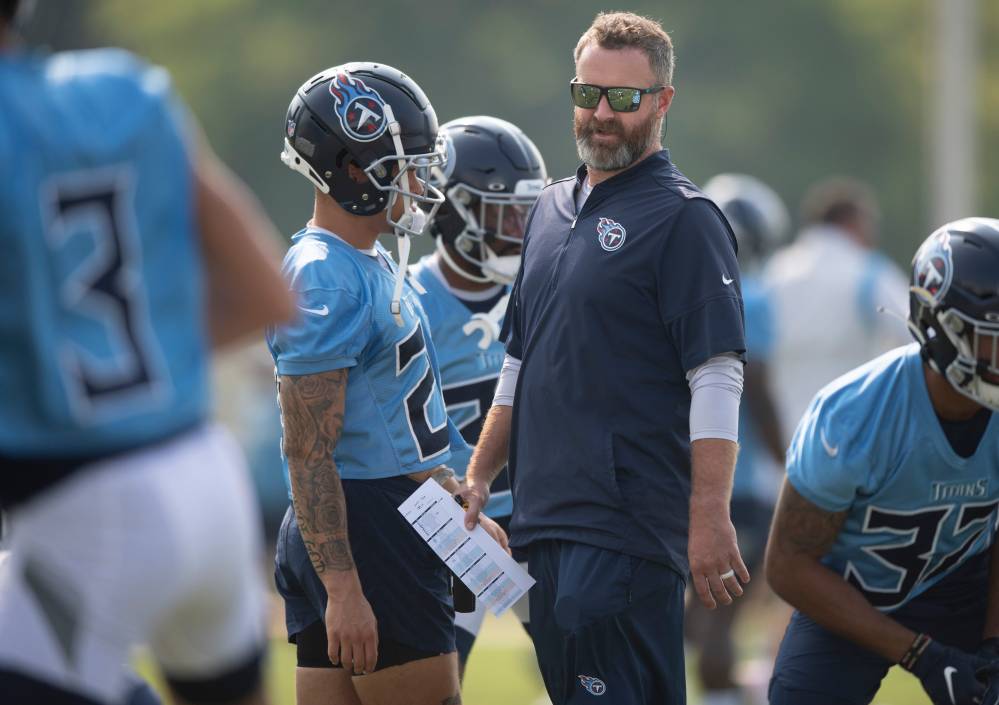