The Tennessee Titans began their three-day mandatory minicamp on Tuesday, which will be the only session that is open to the media.

But before hitting the field, Tennessee’s coordinators met with the media, including special teams coach Craig Aukerman.

Aukerman touched on the competition for punt and kicker returner, revealing which players are likely to compete for each spot. The only player currently on the roster who returned kicks or punts for the Titans in 2021 is running back Dontrell Hilliard.

At kick returner, Aukerman says running back Trenton Cannon and wide receivers Reggie Roberson, Kyle Philips and Racey McMath could all compete for the job.

At punt returner, Aukerman estimates that Philips, wide receiver Mason Kinsey and safety Amani Hooker will battle it out.

Tennessee’s special teams coach went into more detail in regard to what he likes about two of the aforementioned candidates, Cannon and Philips.

#Titans‘ Aukerman: Kyle Philips brings a lot of good things. What we liked about his returns at UCLA is he’s good at catching the ball, making one cut and getting vertical.

While Philips figures to be a near-lock to make the roster, the same cannot be said for Cannon, but there’s no doubt his special teams prowess will help his cause.

Aukerman also provided an update on UDFA kicker Caleb Shudak, who was impressive in rookie minicamp and during organized team activities before suffering a leg injury last week.

Shudak will not participate in practice on Tuesday, and there is no timetable for his return to the field.

#Titans‘ Aukerman: Caleb Shudak not practicing today after getting injured in last OTA open to media. Looking forward to his return, though it’s uncertain when.

The Titans could definitely use a shot in the arm in the return game. While Tennessee did finish ninth in the NFL in punt return average in 2021, they also finished 27th in kick return average.

The only gripe we have with the candidates listed here is Hooker, who is set to return to his starting role in 2022. Hooker is far too valuable to the defense to risk as a returner, so we hope the Titans won’t ultimately settle on him.

What to watch for at Titans’ mandatory minicamp this week 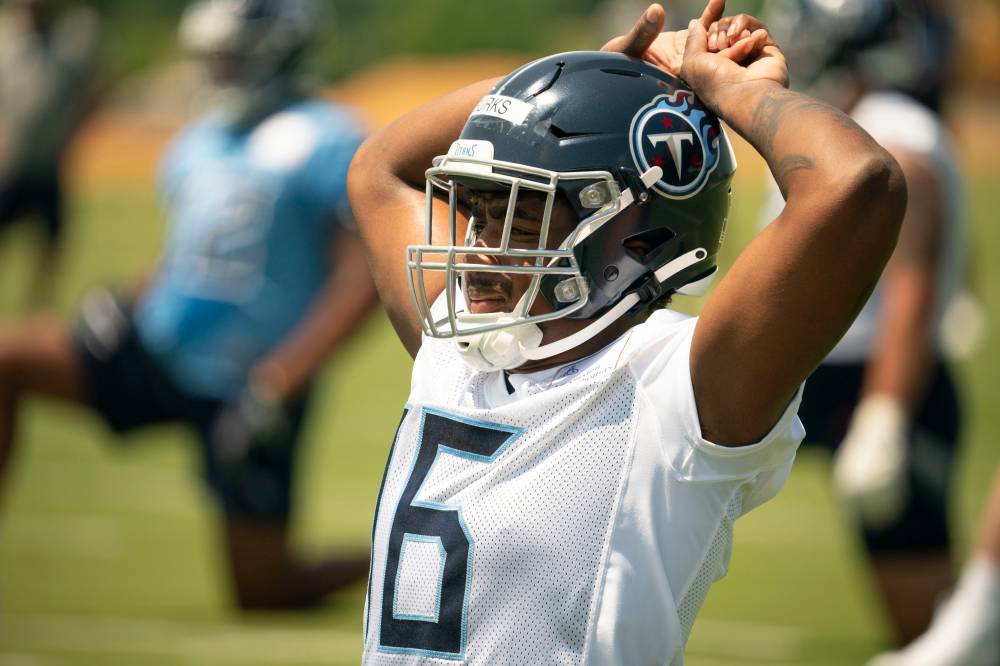