Ahead of their fifth training camp practice on Monday, the Tennessee Titans removed tight end Tommy Hudson from the Physically Unable to Perform list after passing his physical, the team announced.

Hudson was placed on the list ahead of training camp after being carted off the field during OTAs due to an unspecified leg injury.

A 2020 undrafted free agent signing of the Titans, Hudson’s career got off to a rocky start after he was suspended for violating the league’s policy on performance-enhancing substances. He didn’t play in a game that season.

After making the initial 53-man roster in 2021, Hudson appeared in five games and totaled three catches for 31 yards but had a pair of stints on Injured Reserve, the second of which ended his season.

Looking ahead to 2022, Hudson is competing for one of the final roster spots at tight end. He’s the favorite to land the No. 4 role if there is one, but it’s also possible Tennessee carries just three.

After an off day on Sunday, the Titans are back on the practice field on Monday for what will be the first padded session of 2022.

Titans’ Rashad Weaver talks return from injury, how he can improve 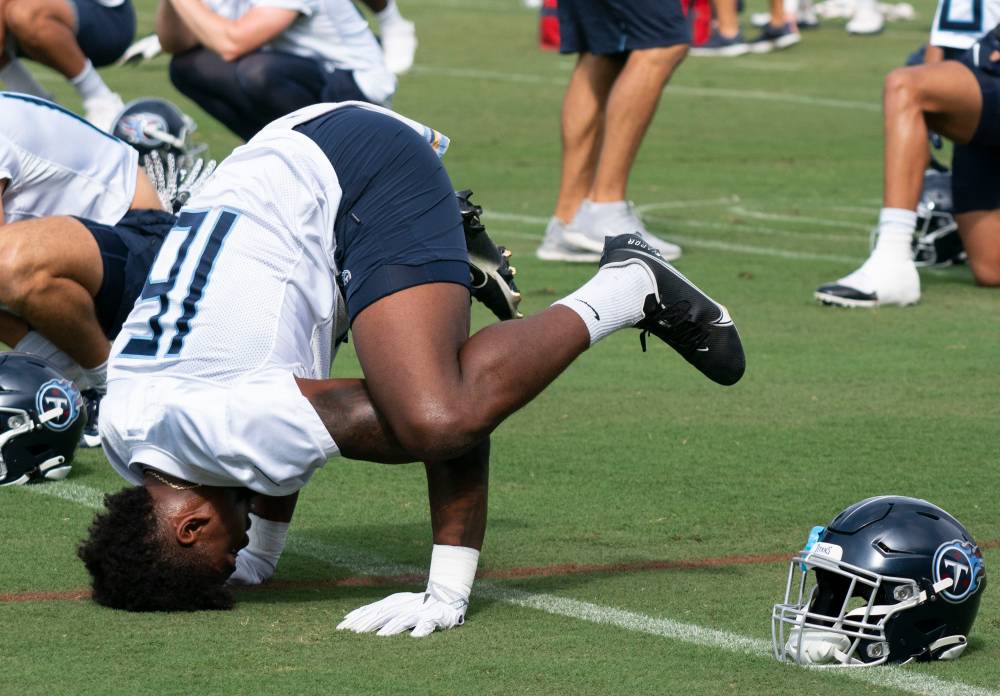