The Tennessee Titans are apparently exploring their options at the kicker position, as the team is set to hold a tryout with two kickers among five players the team is bringing in.

According to the league’s transactions wire, the Titans will be taking a look at kickers Sam Sloman and Giorgio Tavecchio. In addition to those players, Tennessee will also be trying out nose tackle Miles Brown, defensive tackle P.J. Johnson and punter Austin Rehkow.

It makes sense for the Titans to at least take a look at what’s out there at kicker, as Stephen Gostkowski has been the model of inconsistency this season and Tennessee’s only insurance policy is a rookie on the practice squad in Tucker McCann.

Sloman has played in seven games during his career, all of which came this season with the Los Angeles Rams, who waived him prior to Week 8. He was 8-for-11 on field goal attempts and 18-for-21 on extra point tries. His long field goal was from 42 yards out and he missed his only attempt of 50-plus yards.

Rehkow is the fifth punter the Titans will try out with Brett Kern dealing with a wrist injury, as they are also taking a look at Ryan Allen, Dustin Colquitt, Lachlan Edwards and Trevor Daniel.

The team parted ways with 2019 UDFA Isaiah Mack recently, so it comes as no surprise that a pair of defensive linemen are also in the mix for tryouts.

Bears vs. Titans: Tennessee’s causes for concern in Week 9 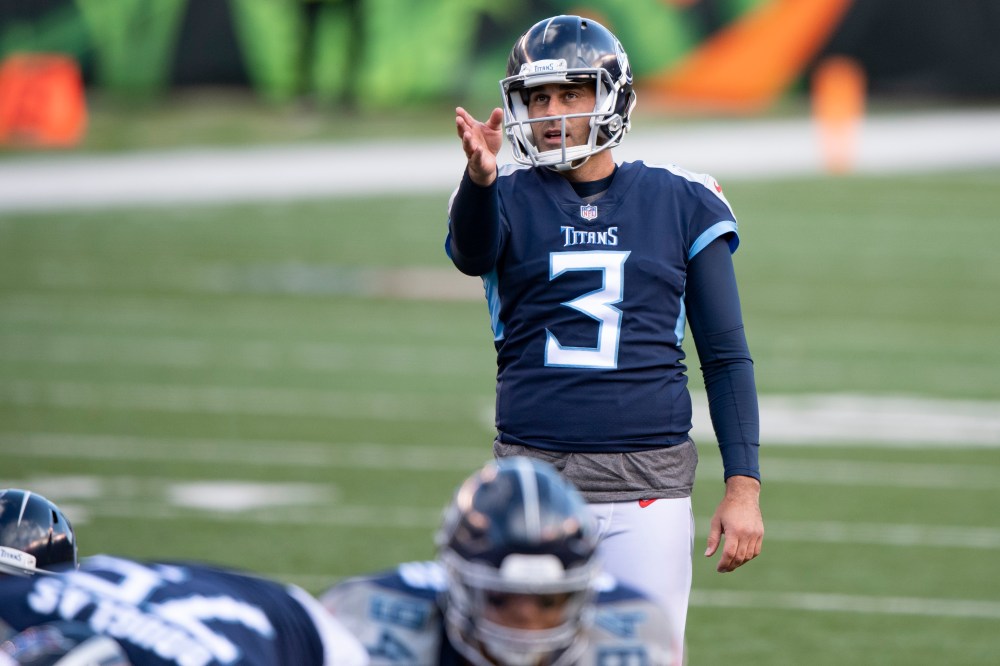