The Tennessee Titans have made their second trade of the 2021 NFL draft, moving up to select wide receiver Dez Fitzpatrick out of Louisville at No. 109 overall.

The trade was with the Carolina Panthers and the Titans have sent picks 126 (fourth round), 166 (fifth round) and 232 (seventh round). After the trade, the Titans now have three picks remaining in this year’s draft, including one in the fourth and two in the sixth.

So there we have it: the Titans have finally addressed the wide receiver position, albeit with someone who wasn’t on anyone’s radar.

Fitzpatrick, who stands at 6-foot-2 and weighs in at 202 pounds, has the prototypical size for an outside receiver but doesn’t possess top-end speed.

Over the course of four years with the Cardinals, Fitzpatrick reeled in 154 catches for 2,589 yards and 21 touchdowns, and he caught passes from Baltimore Ravens quarterback, Lamar Jackson, in 2017.

The Louisville product has solid ball skills, is a good route-runner and plays with a physicality that the Titans will love. He’s also a plus blocker and can make contested catches as good as the next guy.

With the Titans’ current situation at the position, Fitzpatrick will have an opportunity to compete for targets as soon as 2021 behind A.J. Brown and Josh Reynolds.

Watch: A.J. Brown gets emotional after Elijah Moore is picked by Jets 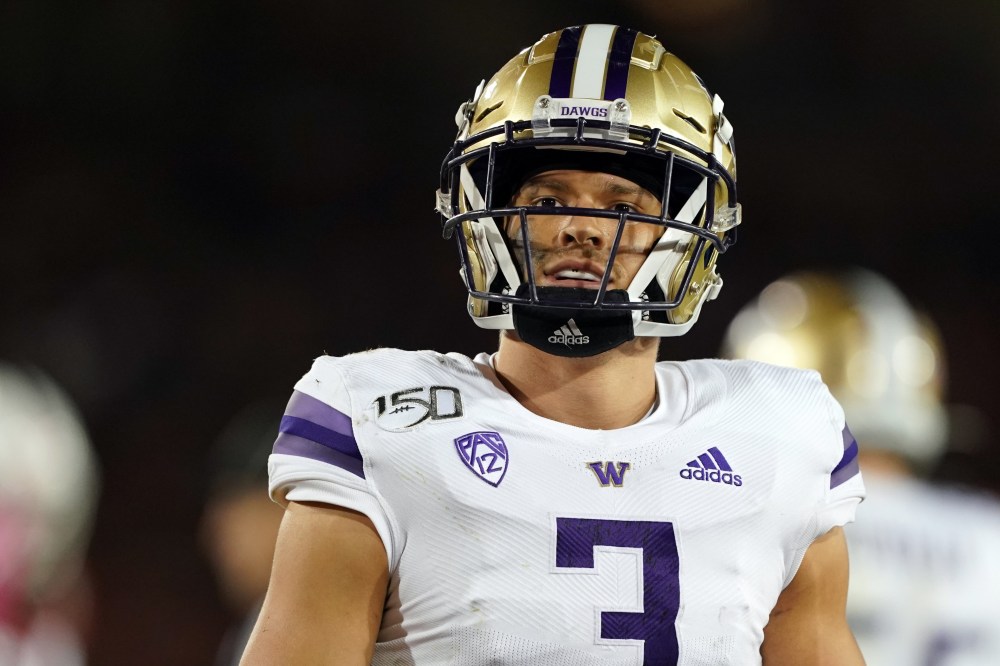