The Tennessee Titans are officially done with the 2021 NFL draft but now must turn their attention to fleshing out the rest of their roster, which could include free-agent signings and/or trades.

However, making any free-agent signings will be difficult at the moment, as the team is strapped for cash after spending big during an offseason in which they already started out with limited funds.

One way the Titans can open up more cap space is to restructure contracts with some of their higher-priced players.

Not only did Robinson not rule out the team making more signings in free agency to fill holes, he also stated that the team is “working through” some contract restructures.

.@Titans GM Jon Robinson on if team will restructure deals to add more space, and players: We’re working through some things, and it could give us more room

When talking about the kicker situation, the Titans GM did mention 2020 UDFA Tucker McCann, but not 2020 starter Stephen Gostkowski.

Jon Robinson on kicker situation: We have Tucker McCann on the roster. We’re still having discussions and seeing what is out there.

Robinson was asked about Stephen Gostkowski return and did not mention his name directly when addressing the kicker situation.

Robinson said they were close a couple times on TEs. GMs have called about TEs on their rosters. MyCole Pruitt a consideration, undrafteds. #Titans

As far as inside linebacker Rashaan Evans’ fifth-year option is concerned, the Titans have until Monday to make their decision. Robinson says the Titans are still “working through” that, also.

#Titans are “working through” the fifth-year option on Rashaan Evans. Would expect it to not be picked up at this point. Deadline is Monday.

The expectation is that the Titans will decline Evans’ fifth-year option, and that only gained more traction after the Titans selected inside linebacker Monty Rice in the third round of this year’s draft.

Poll: What grade do you give the Titans’ 2021 NFL draft class?

Twitter loves the names of the Titans’ sixth-round picks 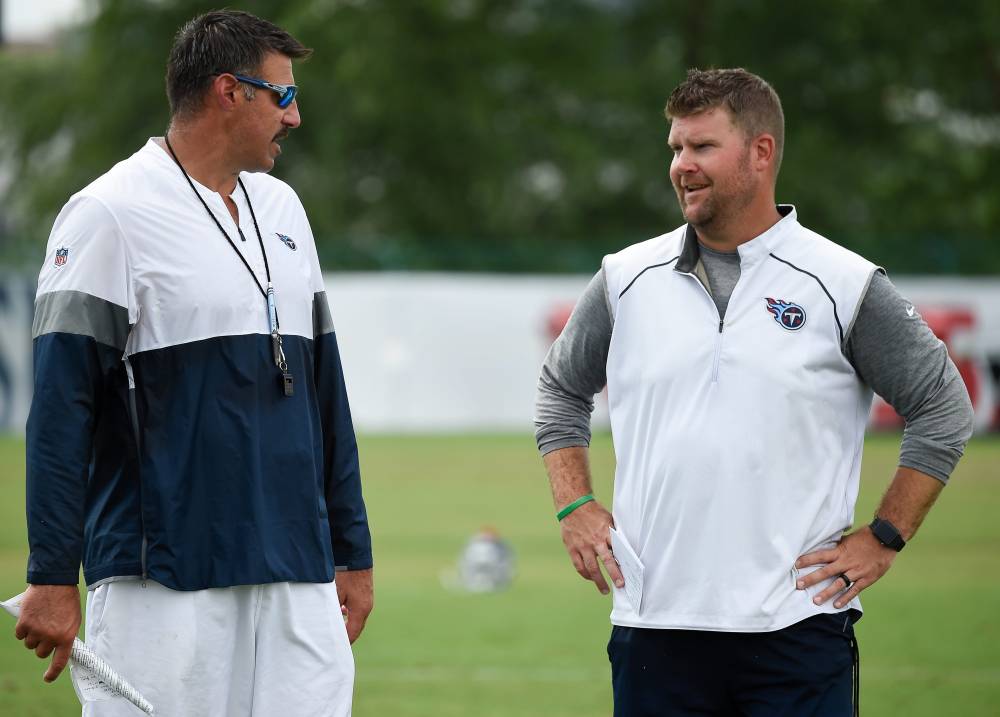