The Tennessee Titans have completed their 2021 NFL draft after making their final two selections in the sixth round at Nos. 205 and 215 overall.

The common theme with Tennessee’s sixth-round picks? They are both special teams aces and have awesome names.

First, Tennessee took wide receiver Racey McMath out of LSU, who was the second receiver taken by the team after it drafted Louisville wideout, Dez Fitzpatrick, in the fourth round.

Then, the Titans drafted Oregon safety Brady Breeze 10 picks later, giving themselves yet another young defensive back.

Both players will have a tough time cracking the Titans’ roster out of training camp, but with their ability and experience playing on special teams, there’s an avenue for them to make the cut.

Upon the selections of both players, Twitter instantly fell in love with their names — and who can blame them? Check out the reaction to each of the Titans’ sixth-round picks in the 2021 NFL draft.

The legend that is Racey McMath goes in Round 6! https://t.co/ydvZwOWS6y

#Titans final pick of the 2021 NFL Draft (assuming they don’t trade back in using a 2022 pick) is… Oregon safety Brady Breeze.

I’m convinced they ran out of draftable grades and just started taking fun names this round.

Receiver with lots of speed who can be an asset on special teams.

Some interesting factoids on Brady Breeze:
–Posted combined 20 tackles – 15 solo – along with 2 PBUs, an interception, a forced fumble and a fumble recovery for TD in the Rose Bowl and PAC-12 championship games
–Also, his 3 defensive TDs in 2019 tied for most in nation.

Brady Breeze is the #Titans selection. He’s a safety, but sounds like a HOF Quarterback. 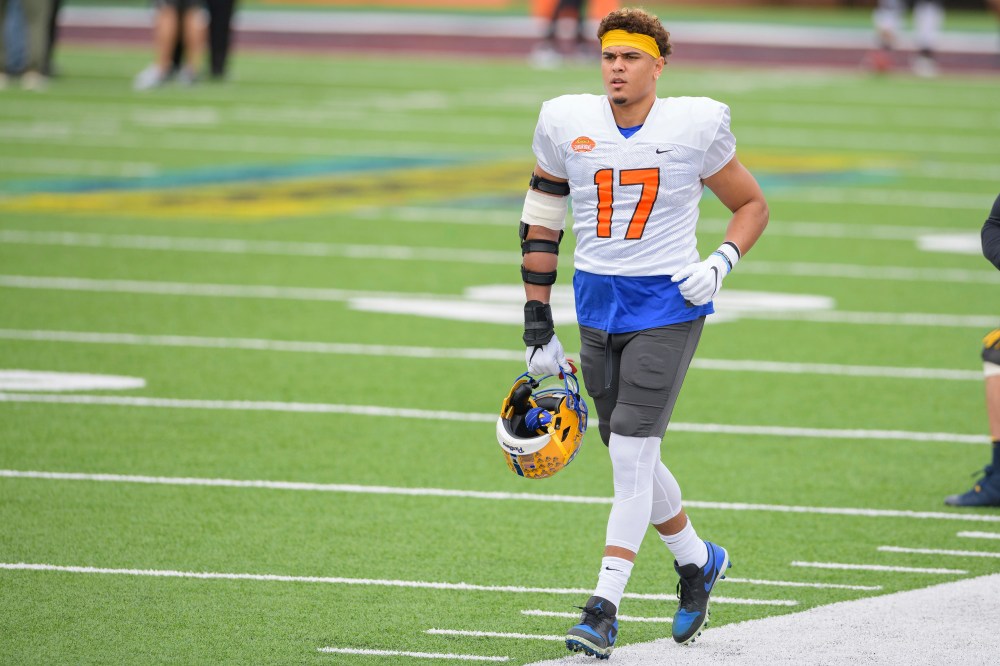