After not taking one during the first three rounds of the 2021 NFL draft, the Tennessee Titans have finally landed an edge rusher in Pittsburgh’s Rashad Weaver, who was the No. 135 overall pick.

The Titans came into this offseason desperately needing help in the pass-rush department. The team addressed the need in free agency with the additions of outside linebacker Bud Dupree and defensive lineman Denico Autry, which allowed general manager Jon Robinson to wait on drafting one.

While he’ll need some work, Weaver has shown prowess as a pass-rusher during his days in college, and he’s an effective run defender, giving hope that he can be an every-down player at the next level.

The Pittsburgh totaled a career-high 7.5 sacks in his final collegiate season, which is made more impressive by the fact that he was coming of an ACL tear in 2019.

Here’s a look at what Twitter had to say about the selection of Weaver.

Titans take Pitt’s Rashad Weaver in the fourth round. I’ll be stunned if he doesn’t play in the league for long, long time.

I love the Rashad Weaver pick. This guy is NFL ready

Rashad Weaver was a good value pick. I think he could be a solid rotational player in year 1.

Pitt EDGE Rashad Weaver is a name that’ll be talked about more and more soon. Guy lives in the backfield, won nearly 20% of his pass rush reps. He’s a violent player too. pic.twitter.com/hS8uNyAbnO

Weaver’s hands are some of the best in the class. Powerful and smooth. He wins in a phone booth regularly. https://t.co/rgsyIbI3mB

Rashad Weaver came off an ACL tear in 2019 to pick up 7.5 sacks and 14.5 TFLs in just nine games last season@dpbrugler has him as the No. 12 edge rusher

Twitter reacts to Titans picking WR Dez Fitzpatrick in Round 4 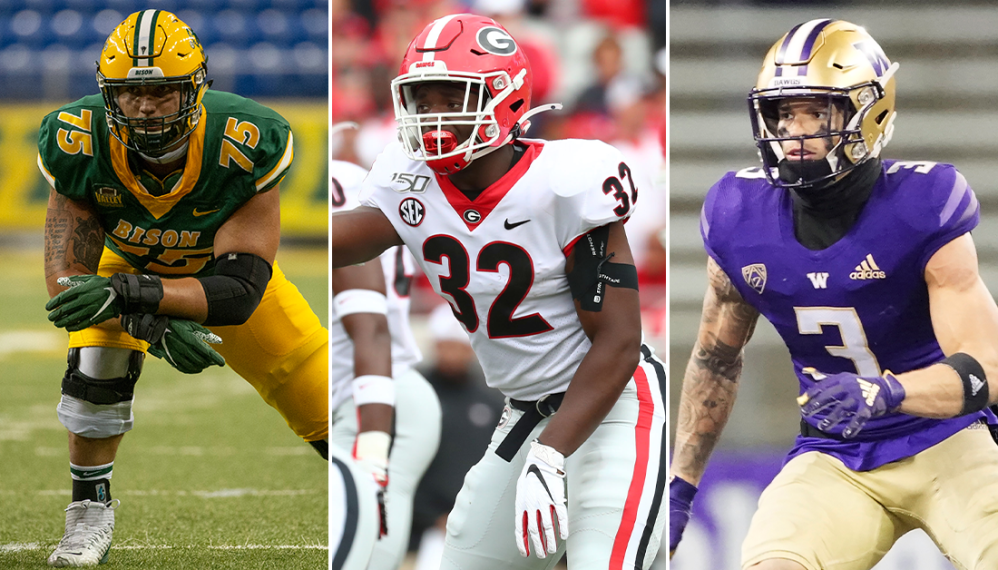