Tennessee Titans 2022 fifth-round pick and wide receiver Kyle Philips has been one of the team’s biggest standouts of training camp thus far, and especially among the rookies.

Philips entered the NFL with a fair amount of hype despite being a late-round pick, as he was seen as a promising slot receiver prospect who was already fairly polished as a route-runner.

And Titans defenders are seeing that first hand in practice, as one unnamed Titans player admitted to ESPN’s Jeremy Fowler that the defense hasn’t been able to figure out how to cover Philips in practice yet.

Someone with the Titans told me this about Kyle Phillips, a fifth-round receiver out of UCLA: “We haven’t quite figured out a way to cover him yet.” Phillips is very quick out of the slot and is earning some first-team looks with his play. Tennessee wants him to be a little quicker with his decision-making, but that will come.

As if we needed another reason to be excited about the UCLA product.

The rookie has not only been impressing with his individual play in camp, he also seems to be developing a really good chemistry with quarterback Ryan Tannehill, who is trusting Philips early on.

Ryan Tannehill has full trust in Kyle Phillips already. Ball on 35 yd line 1:30 on clock. Went to him twice, once on short cross then a jumping catch across the middle. Mason Kinsey made a jumping catch a couple plays later.

It hasn’t been all sunshine and rainbows for Philips, who has had his miscues with Tannehill in practice. However, the rookie has shown great maturity in taking accountability for his mistakes.

“On that one play, I had a mental error,” Philips said, according to AtoZ Sports Nashville. “The ball was supposed to go to me, so I really let the team down. It was third down in the red zone; that’s a huge play for the team, so I let the whole team down. Ryan [Tannehill] talked to me, and we corrected it. We’ll come back to it, execute it, and score a touchdown.”

Philips is well on his way to earning a significant role with the Titans in his first season, but first he’ll have to show out in live-game action during the preseason, which begins on Thursday night.

Titans preseason: 6 non-rookies who need to show out in Week 1 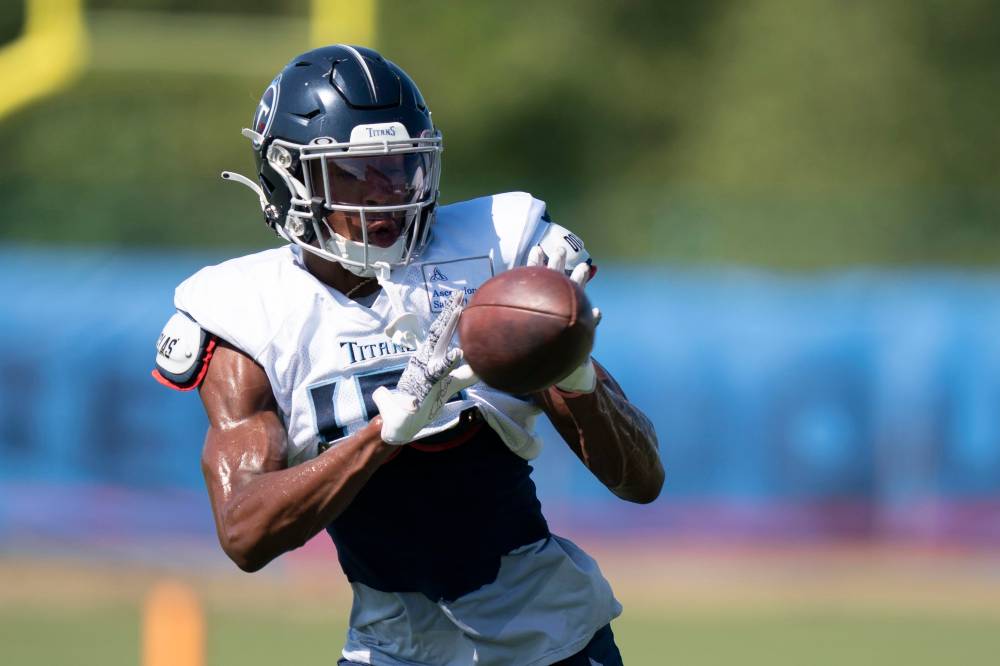