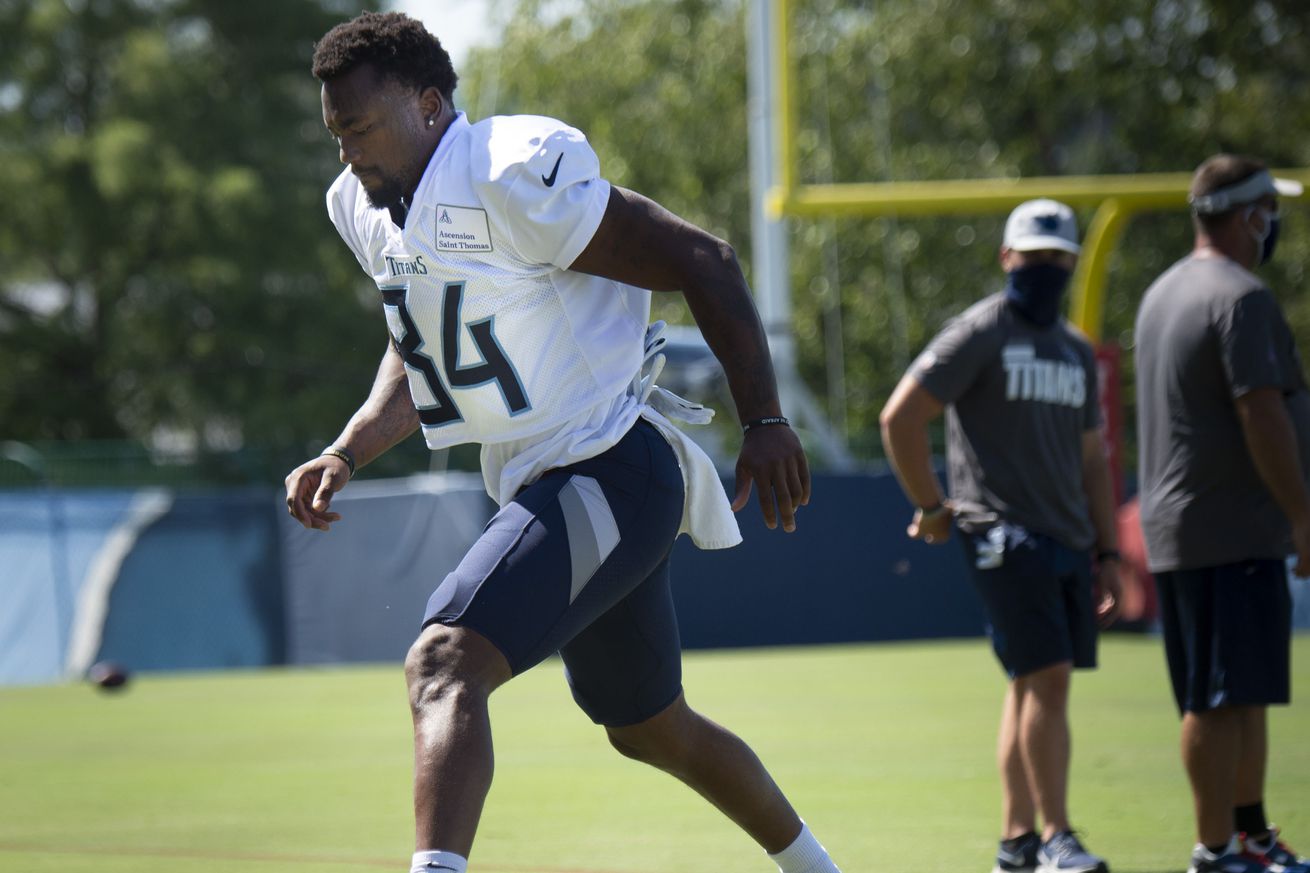 It was just yesterday that the Titans Titans removed Corey Davis from the PUP list and he’s already back practicing with the team. Davis returned to the field immediately, getting in a practice session during yesterday’s practice, which was the team’s first in pads.

Davis was originally added to the list at the beginning of training camp. Players are eligible to return from the training camp PUP list whenever they pass a physical, which Davis did.

The team is currently in the middle of today’s practice, and Broadway Sports’ John Glennon captured a video of a nifty one-handed grab Davis made during the open portion at Saint Thomas Sports Park.

Not sure how well you can see this, but nice one-handed grab by Corey Davis. pic.twitter.com/em54fW8Jhr

It goes without saying that this is a big year for Davis. The Titans did not pick up his 5th-year option earlier this offseason, which means he’s now entering a contract year. It really is now or never for Davis.

The Titans never officially confirmed what injury landed Davis on the PUP to begin with, but Taylor Lewan seemingly revealed that Davis played through a turf toe injury last season during an episode of Bussin’ with the Boys. It was particularly revealing due to the team’s policy on being quite secretive when it comes to injuries.

Stay tuned to MCM for more training camp news and video as we receive it.