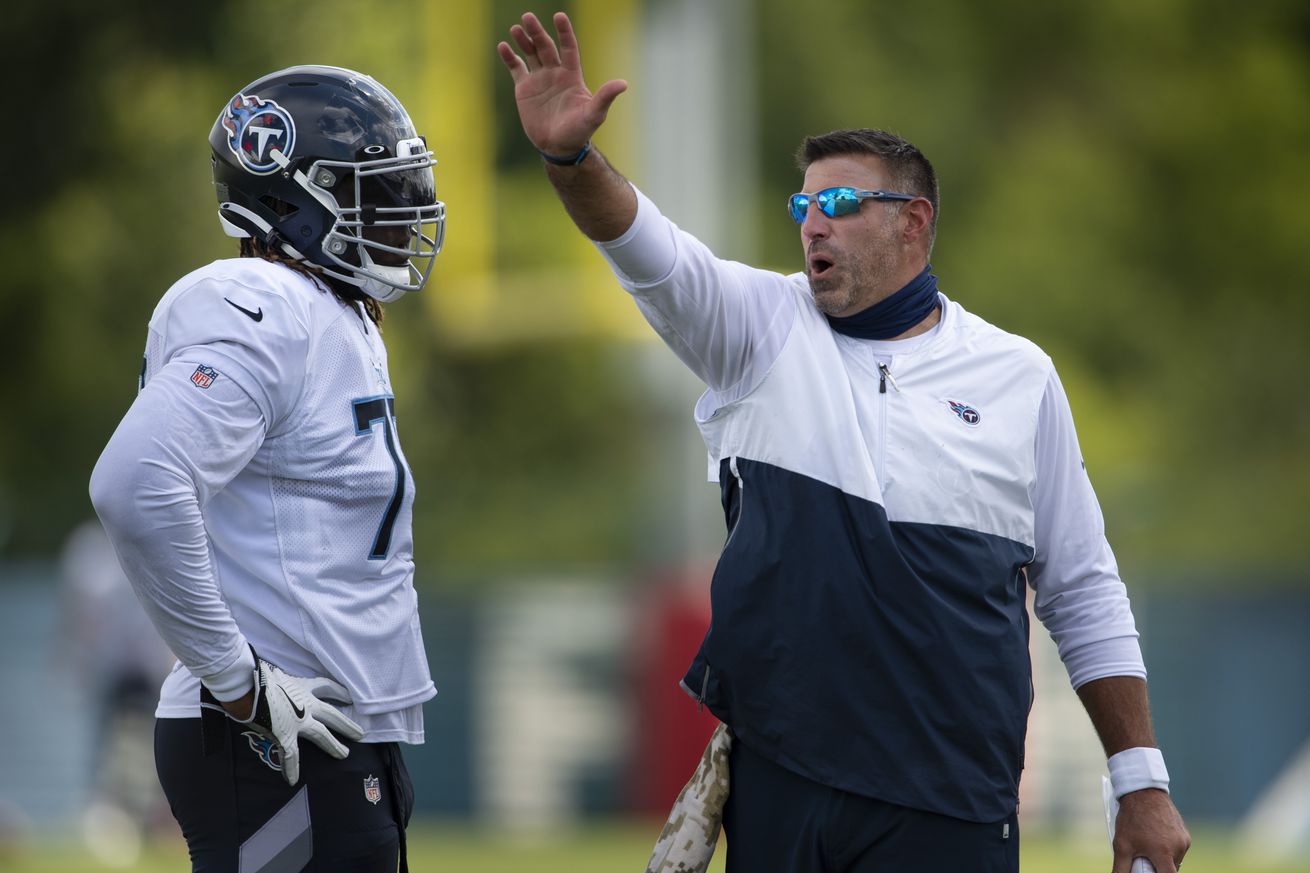 The Titans hit the field at Saint Thomas Sports Park earlier today for the ninth practice of training camp open to media. A day after 21 players in total had the day off, the Titans starters were back in full force during Tuesday’s practice. Yesterday was clearly nothing more than a maintenance day for many of the team’s key performers.

Although practice this time of year isn’t intended to feature much contact, rookie right tackle Isaiah Wilson apparently didn’t get the memo.

A to Z Sports captured one of the more exciting videos of the day. Wilson was caught on camera showing off some of his powerful strength in a drill that saw him go toe-to-toe with MyCole Pruitt. Pruitt happens to be one of the tougher players on the Titans roster as the team’s number one blocking tight end, but even he was caught off guard by Wilson’s frame here.

I mean, at least he offered to help him up?

It seems that Wilson is coming along nicely. Has he progressed enough to earn the job as the team’s starting right tackle? With Week 1 fast approaching, we should find out the answer to that question sooner rather than later.