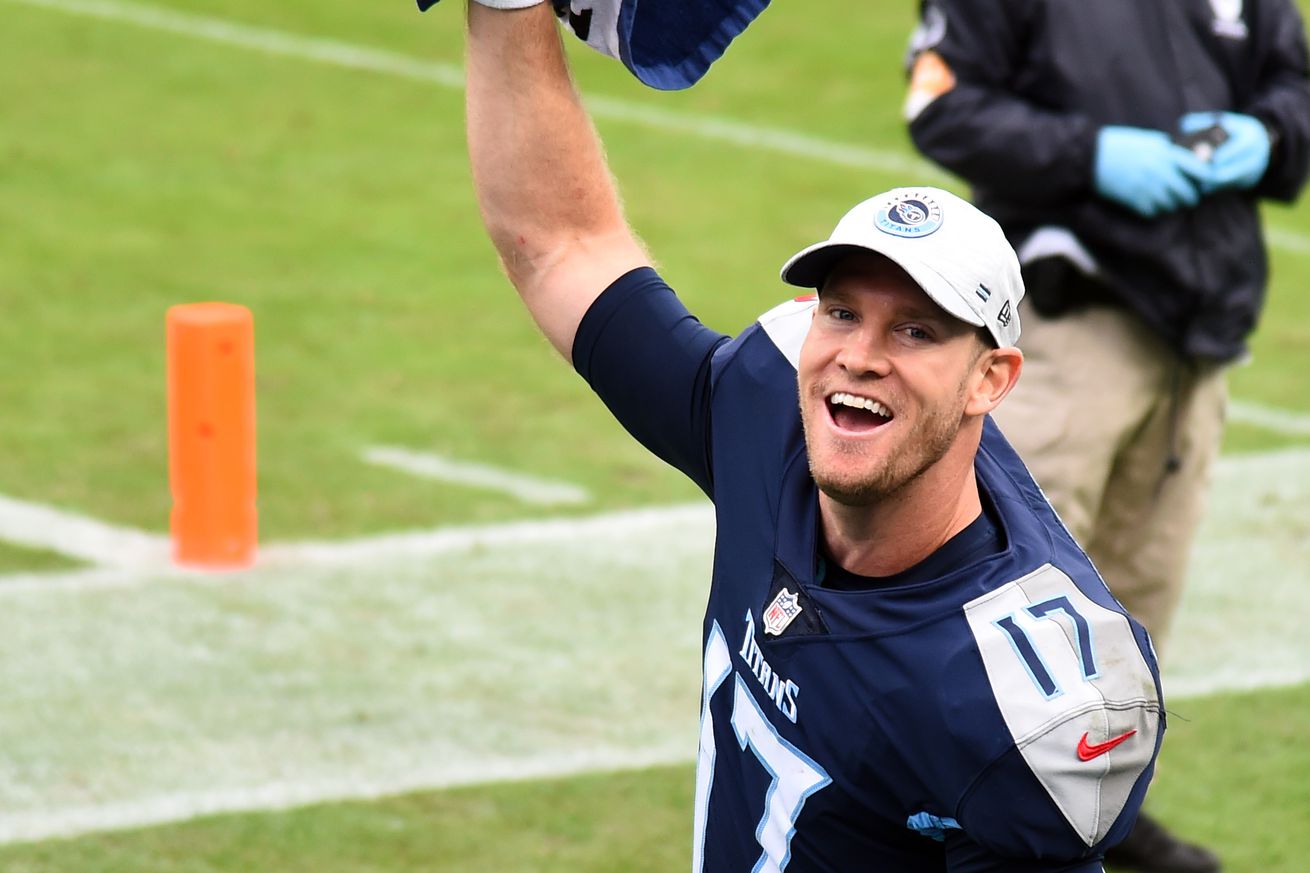 This Titans team has something special. They have already proven so much in the first 5 weeks of the season. One of the things we have learned is that you never count them out.

A big reason they are never out of a game is because of Ryan Tannehill. People in the national media mocked the Titans for the contract they gave Tannehill this offseason. To me, it looks like a bargain to get the NFL MVP on a 4-year, $118 million contract. You just can’t say enough about what he has brought to this team. A.J. Brown said after the game that Tannehill is the general of this team. That seems like a perfect description.

Just check out his numbers from today’s game – 30 0f 41 for 364 yards and 4 touchdowns. That gives him 13 touchdown passes in the Titans first 5 games.

You can watch Tannehill’s post-game interview with the CBS crew here:

Ryan Tannehill never stopped believing. After an overtime win, he spoke about the @Titans enduring confidence even when the game was in doubt. pic.twitter.com/kkAVlw3gCq