For the first time since being drafted with the No. 22 overall pick in the 2021 NFL draft, new Tennessee Titans cornerback Caleb Farley has arrived in Nashville.

Farley spent draft night at the home of a relative, where he had to sit patiently (and alone due to a recent positive COVID-19 test) and wait for his name to be called.

While the Virginia Tech product did take the slide most experts were expecting, the Titans finally ended it, and were happy to do so, if I may add.

After spending the night at home, Farley officially touched down in Nashville on Friday, and he was looking quite dapper in the process.

Farley expressed his excitement to be going to Tennessee and joining the Titans during his first post-draft Zoom presser on Thursday night, per Jim Wyatt of Titans Online:

“This process has been absolutely bizarre for me, but landing in Tennessee has been great,” Farley said. “I thank God. I thank Jesus Christ and my parents. I am just extremely excited to get to Tennessee, and to get to work.

“I am going to give the Tennessee Titans all I’ve got.”

With the kind of potential Farley possesses, the feeling of excitement is mutual.

How much will Titans’ Caleb Farley make in rookie contract? 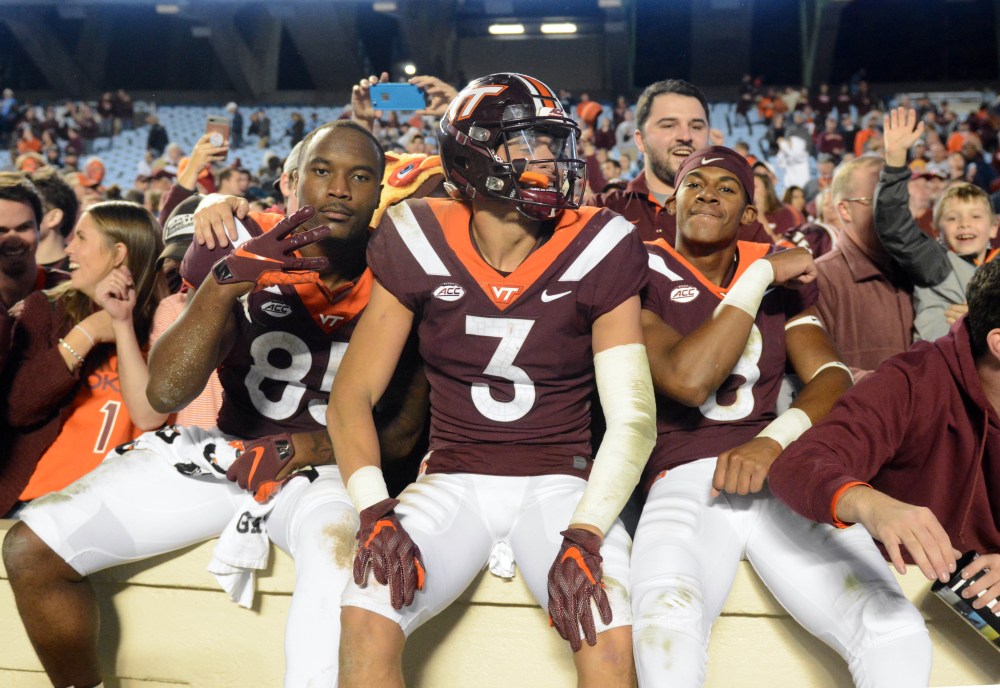