Tennessee Titans general manager Jon Robinson has a little extra pressure on him going into the 2021 NFL draft after last year’s class failed to contribute much in 2020.

Two players, quarterback Cole McDonald and offensive tackle Isaiah Wilson, have already been jettisoned, and running back Darrynton Evans and cornerback Kristian Fulton both had their seasons marred by injury.

To make things more difficult for Robinson and the Titans, draft prep was once again a little different this year, as in-person meetings were hard to come by, forcing teams to settle for virtual ones, and pro days were the substitute for the NFL Combine.

Thanks to construction at Saint Thomas Sports Park, the Titans are using a separate facility for their draft headquarters this year. Check out a tour of Tennessee’s setup, courtesy of Robinson.

No peeking at the Draft board!

This is yet another sign of things slowly getting back to normal in the wake of the COVID-19 pandemic, as Robinson and head coach Mike Vrabel were forced to operate out of their own homes for the 2020 NFL draft.

As far as which direction the Titans will go in with their first-round pick and the selections that follow, that remains to be seen. We’ll finally get some answers when the 2021 NFL draft begins on Thursday night at 8 p.m. ET. 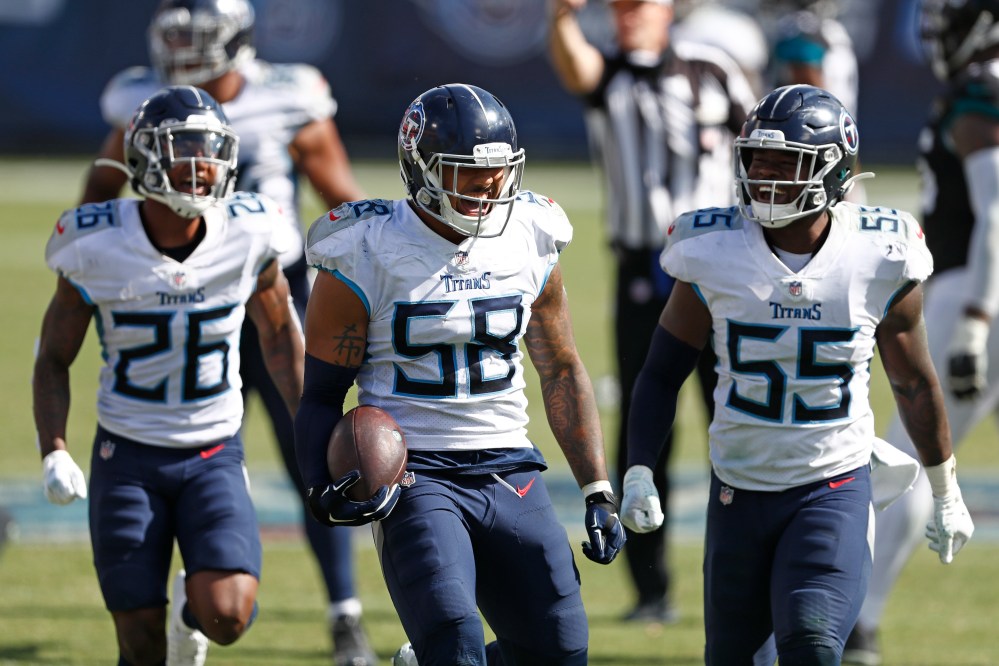