The Tennessee Titans held their three-day rookie minicamp this past weekend, and head coach Mike Vrabel was mic’d up for it.

Rookie minicamp was the first on-field look we got at the Titans’ 2022 draft picks and undrafted free agent signings. And, while some managed to shine, others had their issues.

The biggest example of the latter was first-round pick Treylon Burks, who was unable to make it through the first practice because of breathing issues. However, he did return on Day 2 and practiced in full.

Others, like quarterback Malik Willis, wide receiver Kyle Philips and defensive back Theo Jackson, managed to shine in their own rights.

Take a look and listen at what Vrabel was saying throughout the practices.

Take a deep breath. We’ve got @CoachVrabel50 mic’d up. pic.twitter.com/jmBBAGDYVr

Coming up for the Titans is the next part of OTAs, which will begin on May 23. Next month, the Titans will have their mandatory minicamp from June 14-16, and then training camp will begin in late July. 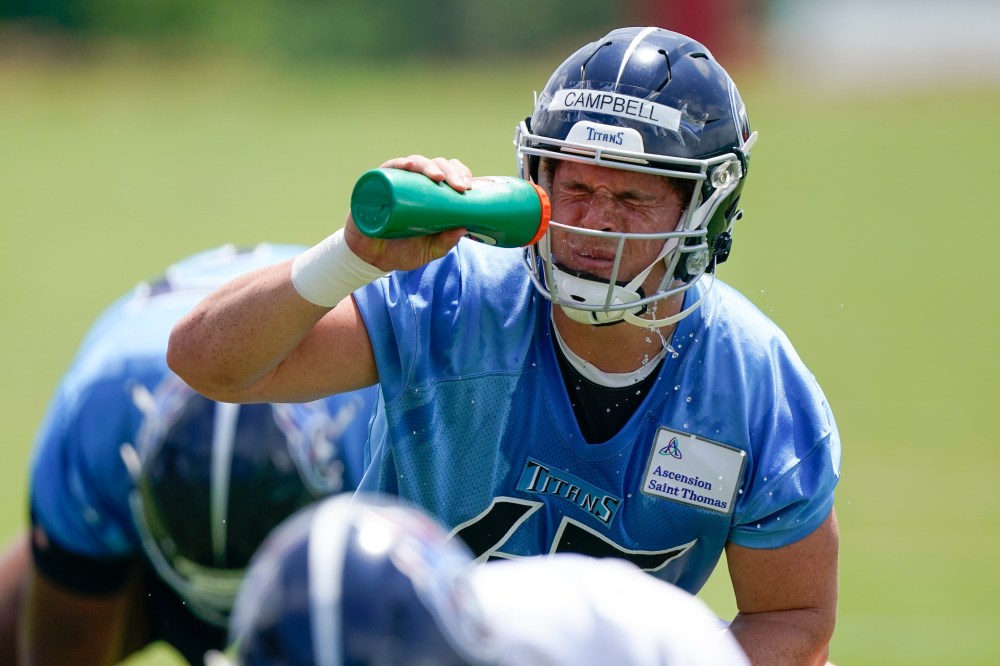