One of the funny things to watch during Tennessee training camp is how the rookies are tasked with carrying the veteran’s equipment off the practice field, something outside linebacker Rashad Weaver had to do on Saturday.

Weaver, a fourth-round pick of the Titans in the 2021 NFL draft, is not only learning how to become a player in the NFL ahead of his first season, he’s also learning how to be efficient when carrying equipment.

Following practice on Saturday, which was the Titans’ ninth of training camp, Weaver was spotted with a bunch of shoulder pads stacked on top of him to the point where his vision was almost obstructed.

Weaver isn’t the only rookie getting the treatment. Linebacker Monty Rice can be seen carrying a bunch of helmets in the picture below, which was from an earlier practice. 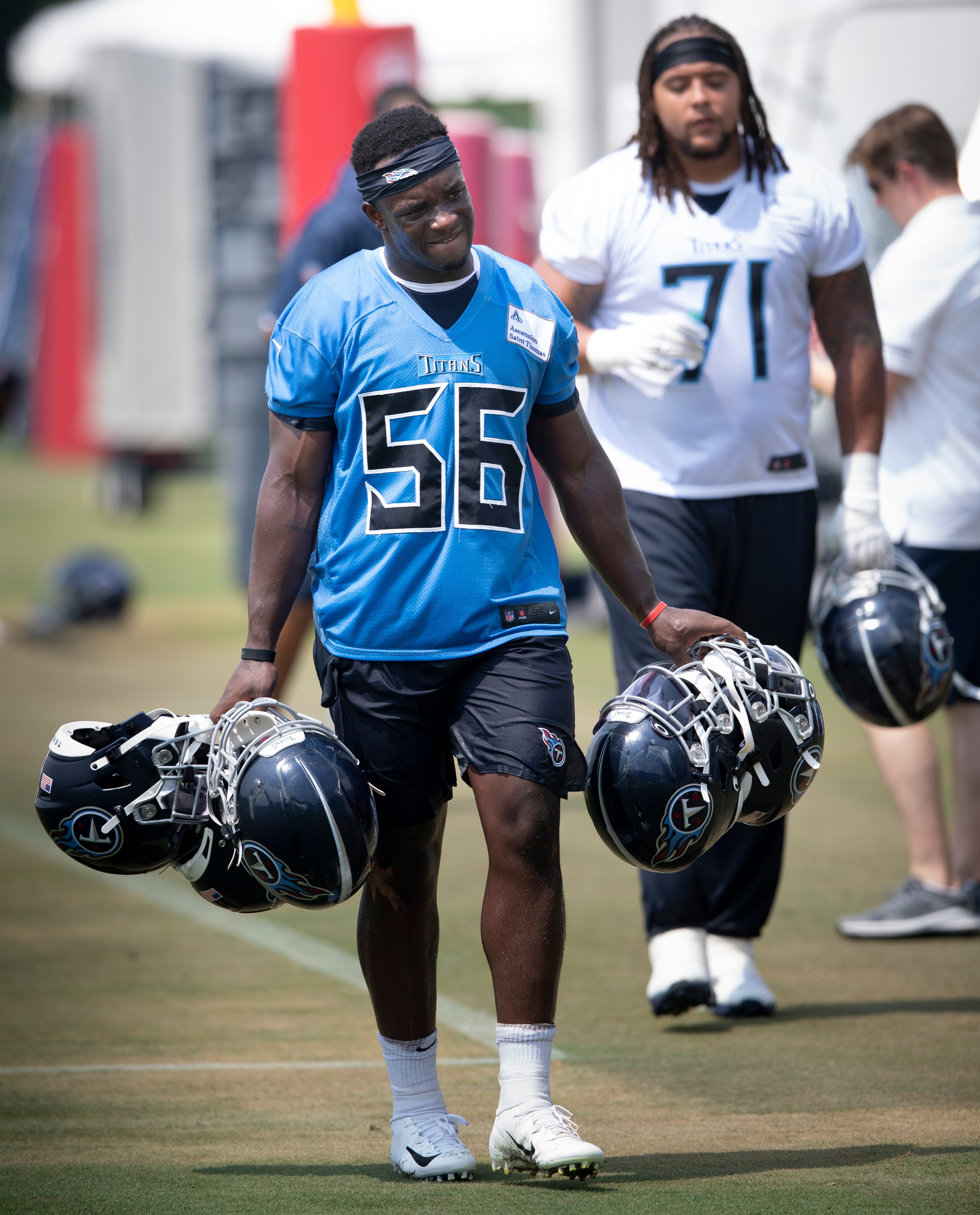 These types of tasks are typical for rookies as they try to earn their stripes in the NFL. If all goes well, someone will be carrying Rice’s and Weaver’s pads one day.