Tennessee Titans wide receiver Robert Woods is having a strong training camp thus far and is showing no ill effects from the torn ACL he suffered during the 2021 campaign.

But Woods is also lending a helping hand to the team’s younger players, as fellow wideout Dez Fitzpatrick detailed recently.

“We added Bobby Trees — that’s what I call him,” Fitzpatrick told WKRN’s Kayla Anderson. “But that’s my guy, for sure. I ask him — he’s like my big brother — I ask him all the time, have his number, we text all the time so I’m kind of just always asking him, ‘what about this? what about that?’”

“He’s so smart, also,” Fitzpatrick continued. “He’s so detail-oriented, so whenever I ask a question he’s breaking it down. Even if I don’t get it, he’ll look at me and be like, ‘you get that?’ That’s like my big brother right now.”

Woods was mic’d up at a training camp practice recently, which gave us a look and listen at how he’s interacting with his younger teammates. Check out the clip below.

Get the snacks, rookies! 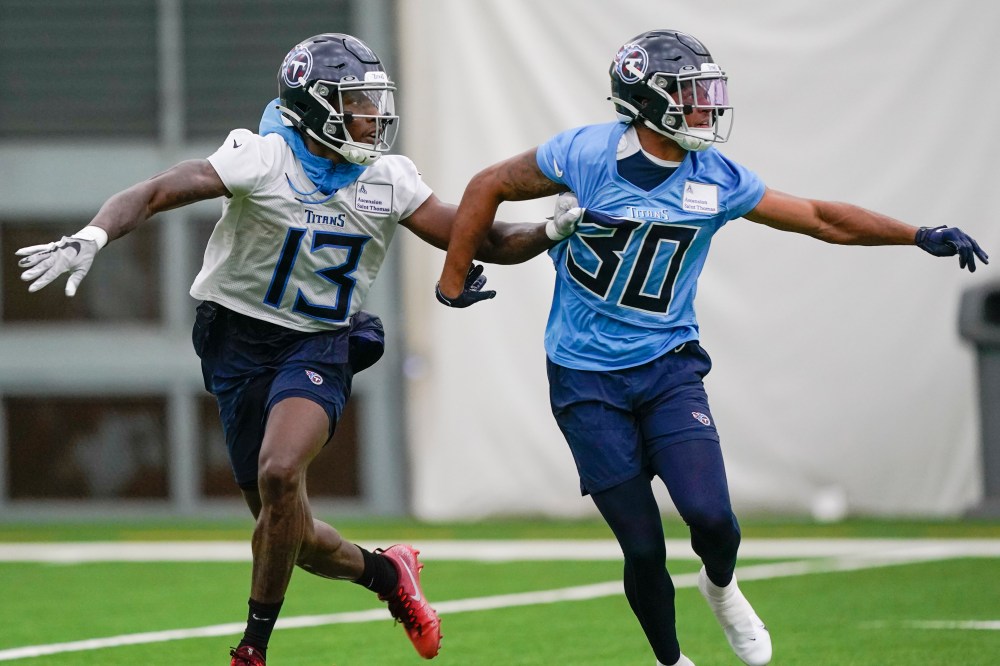