Former Tennessee Titans inside linebacker Wesley Woodyard has given some new insight into the team’s defensive identity, while also dishing some inside information on head coach Mike Vrabel — and it isn’t positive.

According to Woodyard, who was a guest on the “JMart and Ramon” show on 104.5 The Zone, the Titans lost their defensive identity after the 2020 Divisional Round win against the Baltimore Ravens.

More interestingly, he says former defensive coordinator Dean Pees “didn’t really call any of the plays” in the AFC Championship Game versus the Kansas City Chiefs.

He also noted that “Everybody who gives pushback to Mike (Vrabel)…it’s not received with open arms.”

Check out the audio below, with a transcript of Woodyard’s comments beneath it.

“Everybody who gives pushback to Mike (Vrabel)…it’s not received with open arms.”@WoodDro52 told @JMartandRamon that the Titans lost their defensive identity at Baltimore in the 2020 Divisional Round.

“I’ll tell you what, remember this date: January 11th, 2020 (the date of Tennessee’s Divisional Round game versus Baltimore). That was the last time the Titans had any kind of defensive identity…” Woodyard said. “After that game, coach Pees didn’t really call any of the plays in the AFC Championship Game. That’s why the identity on that defensive side of the ball has been lax. Everybody that fights and everybody that gives any kind of pushback to Mike (Vrabel) is not received with any open arms. It’s always fault, it’s always disciplinary, it’s always equal access to being cut or released.”

In a separate interview on ESPN 102.5, Woodyard did say that he feels Vrabel is the right man for the job in Tennessee, but also believes Vrabel’s close involvement could actually be a bad thing.

Furthermore, Woodyard says there was a lot of confusion among the players on defense about who to turn to because there was no official defensive coordinator last season.

Former #Titans LB @WoodDro52 told @dmac_1025, @WillyD1025 and @ChaseOnGame this hour that a lack of coaching accountability can be to blame for the defense’s shortcomings. pic.twitter.com/KA9ZQmHPHi

Here’s a bit more from Woodyard on the dynamic between Pees and Vrabel.

“Vrabel wanted to be the guy who calls plays and Coach Pees has very well proved himself. So when it comes to ‘Why should I loosen up my play calling abilities just so you can make play calls?'”- Wesley Woodyard on the dynamic between Vrabel and former #Titans DC Dean Pees. pic.twitter.com/2nVfAoFEbd

“Vrabel wanted to be the guy who calls plays and Coach Pees has very well proved himself. So when it comes to ‘Why should I loosen up my play calling abilities just so you can make play calls?’”

The bit about Pees is particularly surprising, as he called a masterful game against Lamar Jackson and the Ravens, which helped get the Titans to the doorstep of the Super Bowl during the 2019 playoffs.

We would assume Vrabel was the one who took the duties over, but even if it was someone else we definitely have to question the judgement of such a move at that late stage in the game.

If we take this information at face value, it’s understandable why Pees didn’t return in 2020, only to come out of retirement and take the Atlanta Falcons defensive coordinator position in 2021.

As for the part about Vrabel not liking pushback, that doesn’t come as much of a surprise. Vrabel certainly seems like the type to not want to be challenged.

Whatever the case may be, this points to at least some dysfunction, and hearing the part about Pees won’t be well-received by fans, especially considering the disaster that was Shane Bowen last season.

It’ll be interesting to see how Vrabel responds, if he does at all. 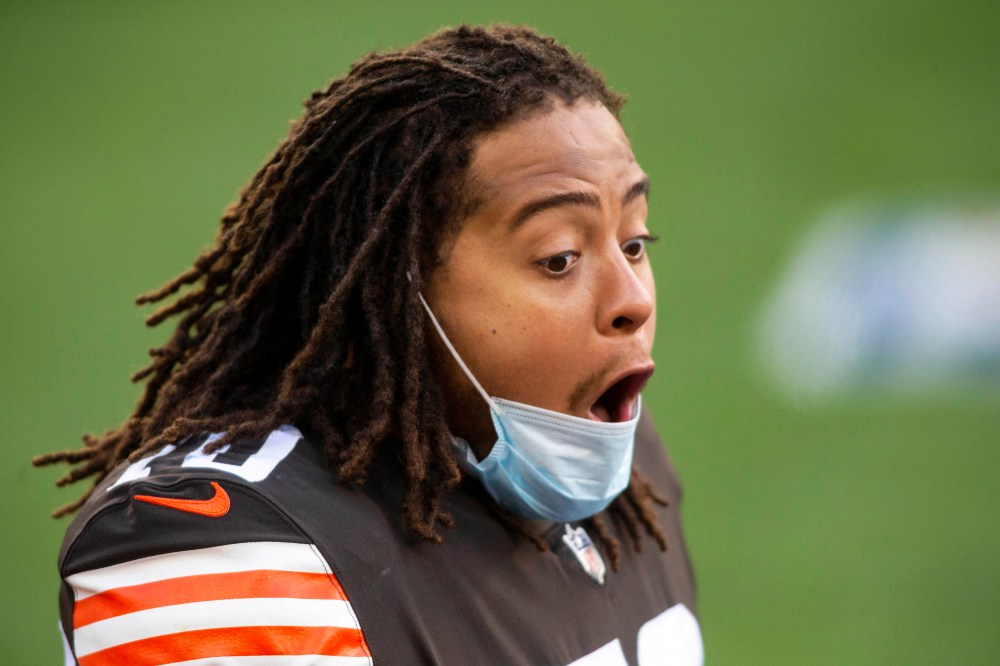