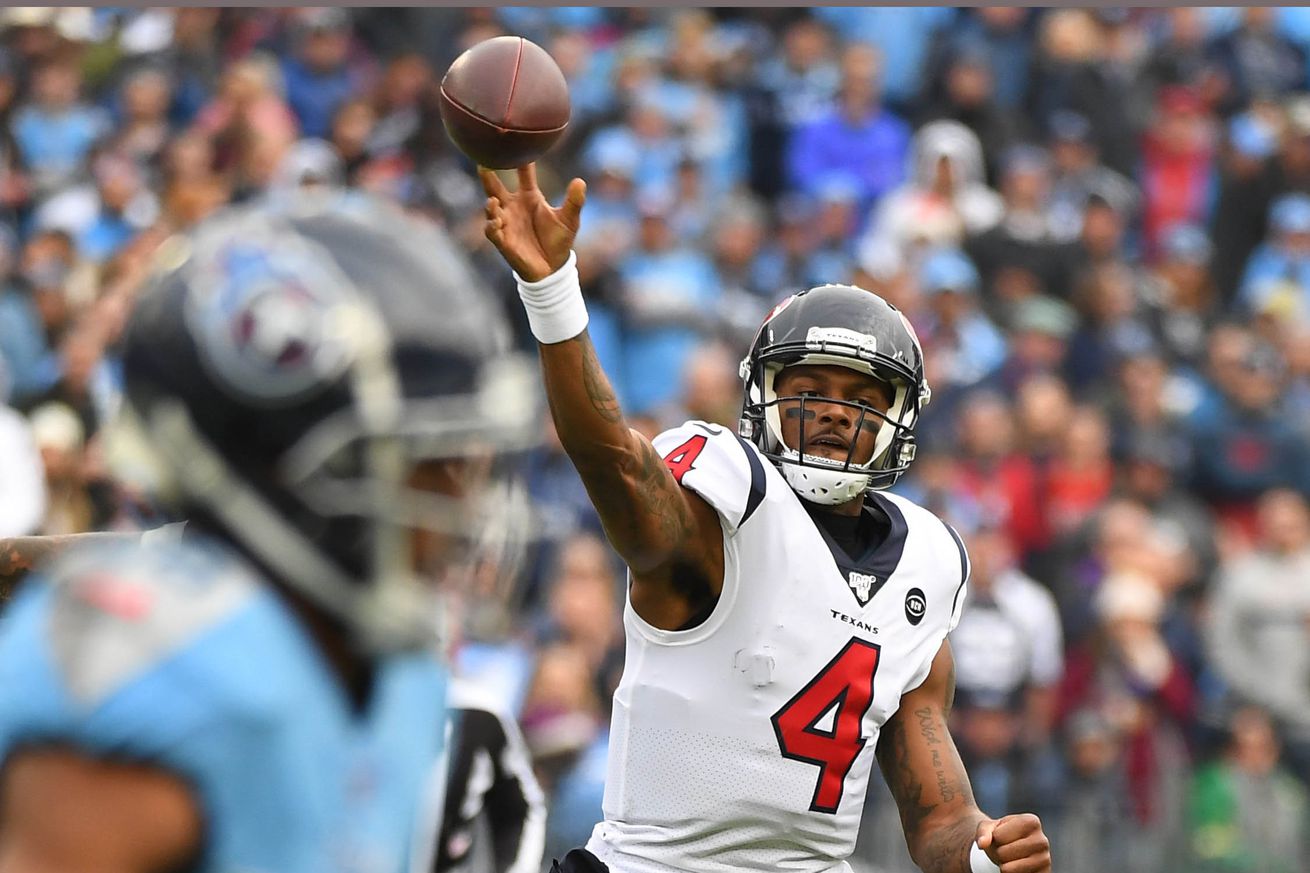 The Tennessee Titans have a quick turnaround this week, going from a Tuesday night game to a Sunday afternoon matchup with the Houston Texans. The Titans, after not having access to practice facilities for nearly two weeks, blew out the Bills on Tuesday, who were thought of as one of the better teams in the league.

Now 4-0 and seemingly clear of the COVID mess that they were in, the Titans will now continue to piece the roster back together. The most impressive thing from Tuesday night was the performance they put on without guys like Adoree’ Jackson, Jeffery Simmons, Corey Davis and Kristian Fulton. Simmons, Fulton and Adam Humphries have been removed from the reserve/COVID list and will hopefully be able to return to action on Sunday.

However, as we saw earlier in the week, this team can clearly roll with the punches. Ryan Tannehill was brilliant, the offensive line put the game away late and the patch-worked defense held firm for much of the night.

They may have to do it again on Sunday, but we’ll see as the news unfolds.

The Texans have moved on from Bill O’Brien, tapping Romeo Crennel to lead them through the rest of the season. DeAndre Hopkins is also gone, while Brandin Cooks, Randall Cobb and David Johnson have been added. It’s a different looking roster, and so far, it’s not exactly working.

Houston is just 1-4, taking losses to the Vikings, Steelers, Ravens and Chiefs. It’s been a tough start schedule-wise for the Texans, and it’s not letting up anytime soon with the Titans and Packers up next.

Vegas like the Titans at home in this spot, placing them as a 3.5 point favorite. The total sits at 53. These are two of the statistically worst defenses in the league, so taking that over 53 seems like the best move here.

The Texans could give the Titans plenty of issues. This offense has receivers that can run, and Tennessee is still hurting in the secondary. Deshaun Watson is still Deshaun Watson too. Where this Titans team is different is on the offensive side, however. Arthur Smith’s group can keep pace and topple just about anyone, it seems.

Expect a ton of points here as the Titans try to move to 5-0.