Tennessee Titans running back Derrick Henry hasn’t taken on a full workload in training camp yet as the team hopes to preserve him as much as possible for a 2021 campaign in which he’ll get plenty of work.

In the meantime, Henry has been doing work off to the side and has even taken on the moniker of “coach” in practice, as running backs coach Tony Dews revealed before practice on Friday, per Jim Wyatt of Titans Online.

“We’ve kind of started calling him ‘coach’ because he’s back there with a strip now and he’s calling out all the plays, he’s helping me substitute the guys in, so that keeps him involved in practice,” Dews explained. “And then, it’s my little sneaky way to help him continue to grow in the offense, because now he’s calling out full formations… my thought is maybe he’s continuing to gain knowledge and understanding by hearing how the quarterback calls things, and hearing how coach Downing’s calling things. It keeps him involved, it keeps him watching and seeing what’s happening and he can coach those guys when he comes off the field as well.”

As far as actual practice reps are concerned, Dews said the Titans have a plan with Henry, which appears to be limiting his looks in camp in order to keep him as fresh as possible for the season.

“Obviously he’s a competitor so he wants to do more, but we have a plan and we’re executing the plan with him,” Dews said. “I think it’s been a part of him having some success the past couple of years, through the season and towards the end of the season.”

The plan seems to be working, as Henry has typically gotten stronger as the season has progressed the past two years, leading to his winning back-to-back rushing titles and notching a 2,000-yard season.

Ed Sheeran explains how he became a Tennessee Titans fan 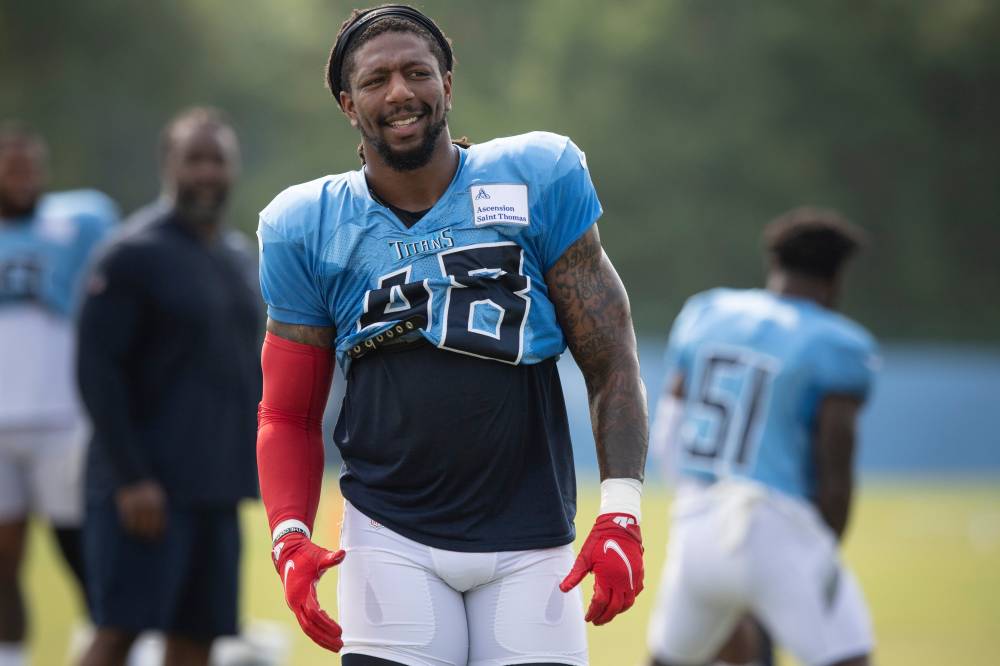