Derrick Henry possesses a unique combination of size and speed that doesn’t come along very often in the National Football League. The Tennessee Titans superstar running back has been in the league for six years now, but he really didn’t start to take the lion’s share of the team’s carries until 2018.

However, he’s also had the most rushing attempts (1,115) over the last four years, including 219 attempts through the first eight weeks of 2021 before missing the second half of the campaign with a foot injury.

He returned for the postseason but was generally bottled up by the Cincinnati Bengals in the season-ending loss.

The Alabama product looks to be 100 percent heading into this year, but should there be a concern regarding when Henry’s production will begin to drop off?

History has proven that 30 years old is typically when running backs begin to decline as wear and tear eventually settles in and injuries pile up.

Last year was really the first time Henry had suffered a significant injury in his career. However, a closer look at the 28-year-old’s numbers reveals that he could be approaching a decline.

Next Gen Stats has developed a metric called “Rushing Yards Over Expected per Attempt” (RYOE/Att) that essentially compares actual rushing yards and expected rushing yards per carry, according to NFL.com.

“If we focus on the rusher and remove other [offensive] team players, it looks like a simple game where one player tries to run away and 11 others try to catch him. We assume that as soon as the rushing play starts, every defender, regardless of the position, will focus on stopping the rusher ASAP, and every defender has a chance to do it. The chances of a defender to tackle the rusher (as well as estimated location of the tackle) depend on their relative location, speed and direction of movements.”

If we look at the last four years of data, the Titans running back was well above league average from 2018 to 2020, but last year was the first time he fell below, coming in at 0.05. 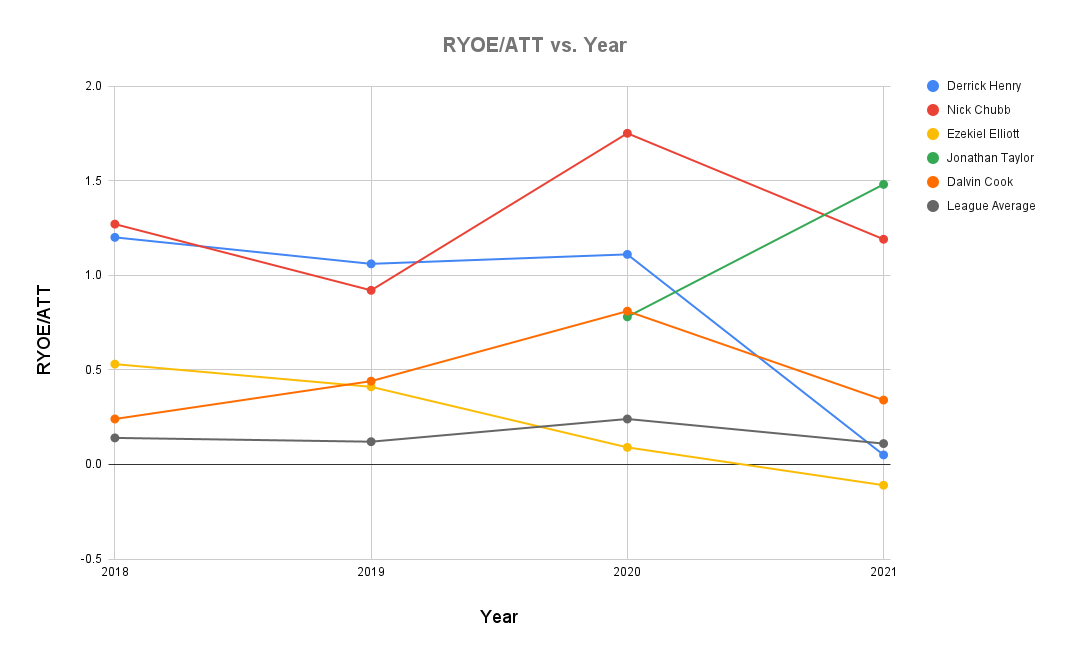 If we look at Henry’s rushing yards after contact per attempt (YAC/Att), it’s been steadily declining since the 2018 season and landed at 2.2 in 2021.

Looking at some of the other notable names around the league, Ezekiel Elliott has seen a steady drop in RYOE/Att over the last four seasons, including falling below the league average in 2020 and 2021.

The 27-year-old has a lot of mileage on him since entering the league in 2016, and it’s starting to show.

He has suffered two injuries in that span, including an MCL injury in 2020 and a calf strain in 2021, causing him to miss seven games between the two seasons. It will be interesting to see if his downward trend in RYOE/Att will continue in 2022.

Of the players shown above, Indianapolis Colts running back Jonathan Taylor is just starting to hit his stride.

The 23-year-old took advantage of Henry missing the remainder of the 2021 regular season, ripping off 1,162 rushing yards over the final nine weeks en route to a rushing title.

Henry still looks poised to be a significant factor atop the league’s rushing categories, but we can’t realistically expect him to continue to be this dominant for much longer.

Delanie Walker: Kyle Philips will be Titans’ breakout player in 2022

Racey McMath emerging as Titans’ deep threat: ‘My confidence is going through the roof’

Titans’ Kevin Byard on Kristian Fulton: A Pro-Bowl year ‘has to be the standard’ 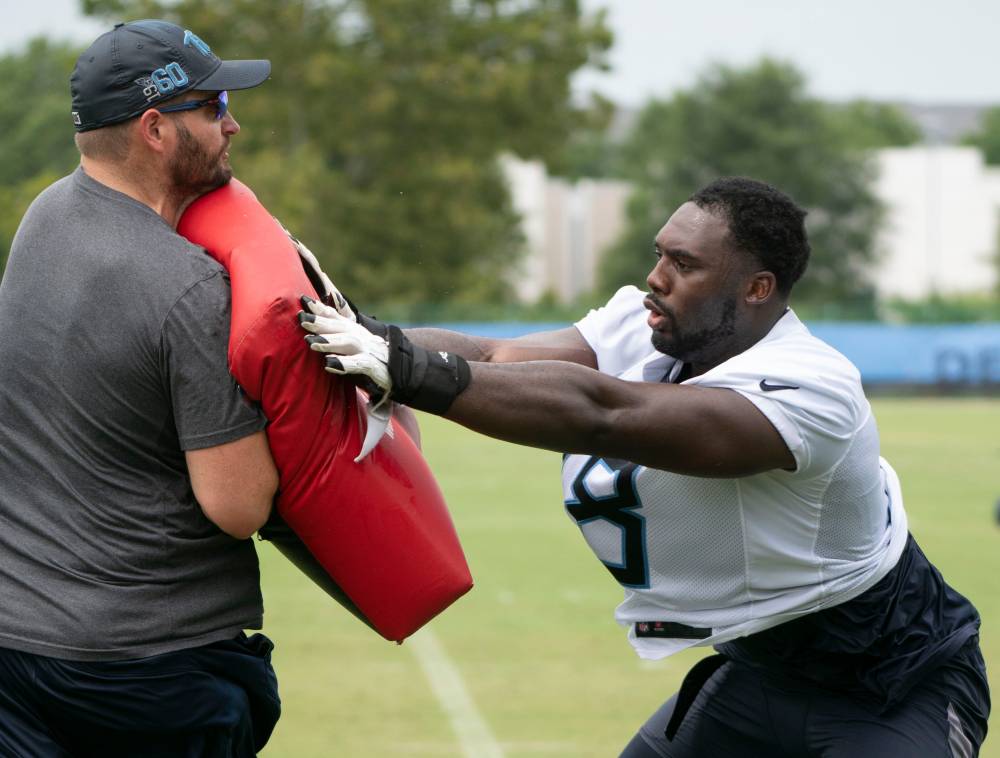